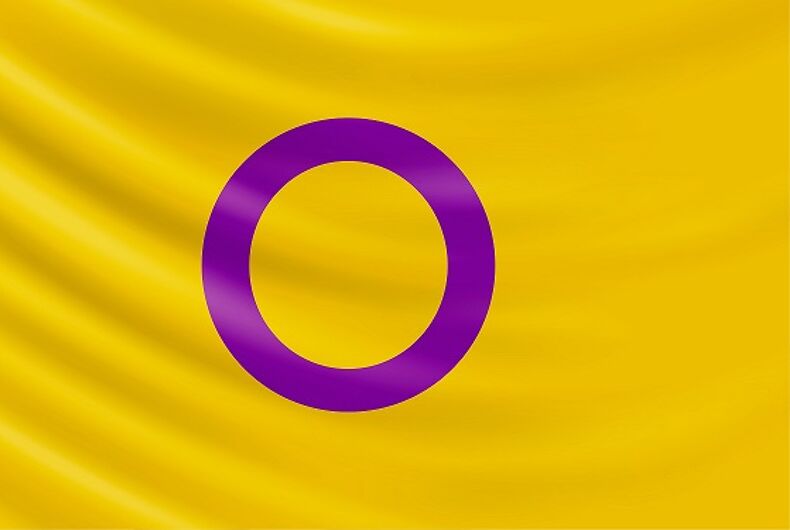 A new guide for Intersex care has been released in the wake of the passage of SCR-110 in California. SCR-110 formally condemned unnecessary genital surgery on Intersex infants.

The guide was jointly released by Lambda Legal,  InterACT and Proskauer Rose LLP.

The publication is the first Intersex-affirming hospital policy report of its kind. It was specifically designed to provide guidance for ethical and compassionate health care to Intersex patients.

“Intersex is an umbrella term used to describe a wide range of natural variations in sex characteristics that do not seem to fit typical binary notions of male or female bodies,” the guide starts.

“Between 0.05% and 1.7% of the population is born with Intersex traits,” it goes on. “These traits may be visible at birth, at puberty, or, in the case of some variations, not at all.”

Intersex people are often conflated with transgender and gender non-conforming people, but are a distinct category, and often require different care from medical professionals.

The term “Intersex” refers to those with inborn variations to their physical bodies that do not first common binary expectations, while “Transgender” typically refers to those whose gender differs from their assigned or presumed sex when born.

The guide is comprehensive, covering nondiscrimination policies, an intersex patients “book of rights,” and treatment protocols for intersex patients. It can be downloaded in full via Lambda Legal’s website.

California passed a non-binding resolution against Intersex genital surgery on babies on August 28, becoming the first state to do so.