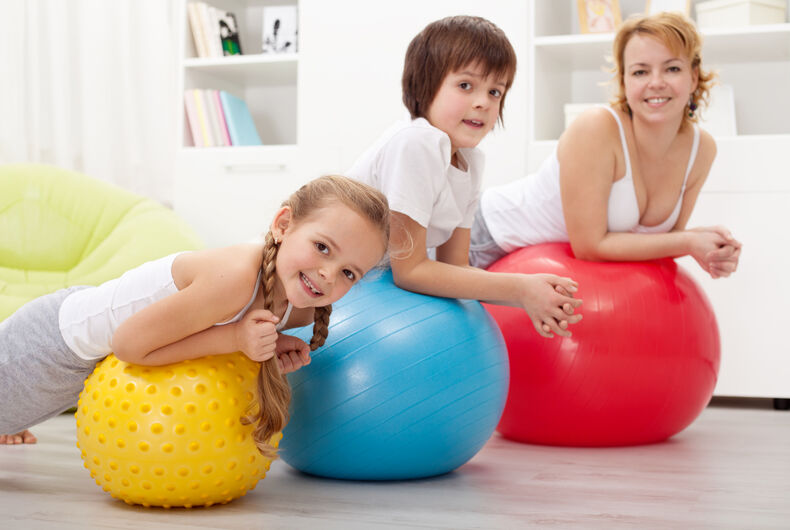 A new study by the National Institutes of Health has determined that early family experience affects later romantic relationships. The study didn’t just look at straight or gay families – it drew conclusions from all families.

The NIH study found that young adults who were raised in a positive family climate with effective parenting were more likely to have healthy romantic relationships. Also, the findings give insights into how parenting techniques affect children’s interpersonal skills later in life.

Learning how to form and sustain happy and healthy romantic relationships is a key skill for young adults – regardless of whether or not their parents are LGBTQ. Such relationships are based on feelings of love, effective problem-solving, and the absence of physical and verbal violence.

The ability to develop a healthy relationship can be influenced by the experiences people have had within their own families. However, the ways in which the family environment influences interpersonal skills and romantic relationships aren’t well understood.

The team of researchers was led by Penn State graduate student Mengya Xia. The multi-year study focused on preventing substance use among more than 10,000 youths in rural and semi-rural communities in Pennsylvania and Iowa.

A randomly selected set of nearly 2,000 people participated in a later follow-up project when they were young adults. For this analysis, the team included the 974 participants between 18 and 21 years old who were in a steady romantic relationship.

The participants were surveyed four times. In grades 6, 7 and 9, they were asked about their assertiveness, positive engagement with their families, family climate, and effectiveness of their parents’ discipline methods.

When they were between the ages of 18 and 21, they participants were asked to rate the violence levels, problem-solving skills and amount of love they felt in their romantic relationships.

The researchers found that young adults from families that were cohesive, organized, and without much conflict were less likely to be in romantic relationships with violence or poor problem-solving. However, neither the family climate nor the parenting practices were linked to feelings of love in the relationships.

Family factors also seemed to affect specific interpersonal skills. More effective parenting and a positive family climate appeared to increase the participants’ assertiveness – the ability to respectfully advocate for their needs in a relationship and have positive interactions with their families.

The influences seemed to go both ways. Participants who had positive family engagement at the start of the study reported later in childhood that they experienced more effective parenting.

This study suggests that adolescents who grow up in positive family climates with effective parenting are more likely to have healthy romantic relationships as young adults.

Additionally, adolescents who are more assertive and behave positively with their families also help create a positive family climate.

“The family relationship is the first intimate relationship of your life, and you apply what you learn to later relationships,” Xia said. “It’s also where you may learn how to constructively communicate – or perhaps the inverse, to yell and scream – when you have a disagreement.”

A better understanding of the family dynamics that affect adult interactions could lead to more effective strategies for improving romantic relationships. However, this study included mostly white families in rural and semi-rural areas – and also more females participated than males.

More diverse populations will be needed to confirm and expand on the findings.

JK Rowling photobombed this Scottish same-sex wedding. It was kind of perfect.