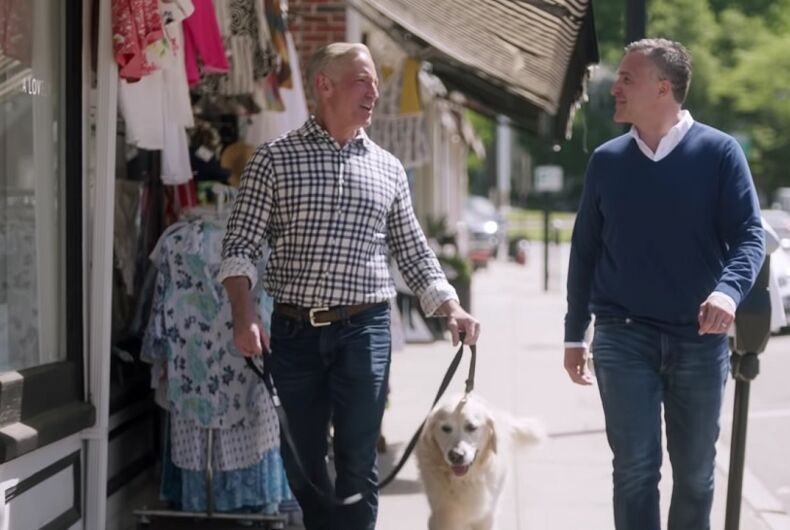 Rufus Gifford will face his Democratic opponents in the primary for Massachusetts’s 3rd Congressional District tomorrow. And one of his ads discusses his sexuality with remarkable candor.

In the ad, Gifford doesn’t just mention that he’s gay. He says his sexuality gave him a valuable perspective for his work as a Congressional representative.

“As someone who has been called names, has been discriminated against, as someone who wasn’t taken seriously for a lot of his life because of this, it made me initially want to fight for the 15-year old version of me,” he says.

“I didn’t want to be judged for who I was, and I know I wanted to live in a world that was going to treat me equally. That’s what I want to fight for, always, every day.”

Gifford worked for Barack Obama’s 2008 campaign and was nominated to the position of ambassador to Denmark in 2013.

Massachusetts’s 3rd Congressional District is heavily Democratic. When Representative Niki Tsongas announced that she would not be seeking reelection last year, 10 Democrats announced their bids to succeed her.