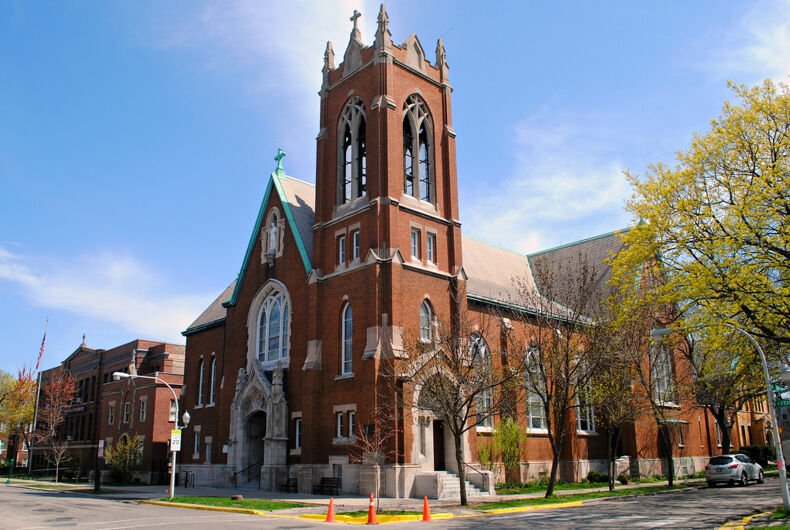 An anti-LGBTQ plan hatched by a high-ranking member of Chicago’s Catholic Resurrection Church has been called off.

As Windy City Times reported, Pastor Fr. Paul Kalchik announced in a post-script to his re-printed Homily message that a Rainbow flag found in the church, along with parishioner’s pledge cards mixed with incense, would be burned in front of the church as a sacrilege during a prayer service following the Sept. 29 Feast of Saints Michael, Gabriel and Raphael 4:30 p.m. Mass.

The LGBTQ weekly newspaper received what they referred to as an “anonymous” email with detailed information about the upcoming anti-gay action.

Archdiocese of Chicago Communications and Marketing Director Anne Mascelli responded to the threat, saying on behalf of the Archdiocese, “We can confirm that the pastor has agreed not to move forward with these activities.”

We’re also learning that the Homily message called for the restoration of the Orthodox Roman Catholic Church as well as this statement: “We cannot let the current troubles keep us from our mission to go make more disciples for the Lord, nor should modern day distractions like global warming, LGBT ‘rights’ or even immigration issues ever take precedence over that mission.”

“We are grateful that the Chicago Archdiocese quickly and firmly rejects the words of this pastor and his intended ‘ritual’ which are inconsistent with Catholic values and beliefs,” said DignityUSA President and Dignity/Chicago member Chris Pett.

“It appears that this pastor was hijacking the parish to promote an extreme, ultra-conservative agenda promoted by the Church Militant group which is not officially recognized by the Church and is rejected by most Catholics,” Pett added.

“National polling over the past number of years consistently shows that a majority of Catholics support LBGTQ people and our issues,” said Pett. “While we continue to challenge the institutional Church to reject its harmful and incorrect teachings about homosexuality, we are glad to see this decisive action on behalf of all LGBTQ Catholics.”

Please stop complimenting me for loving & accepting my gay child