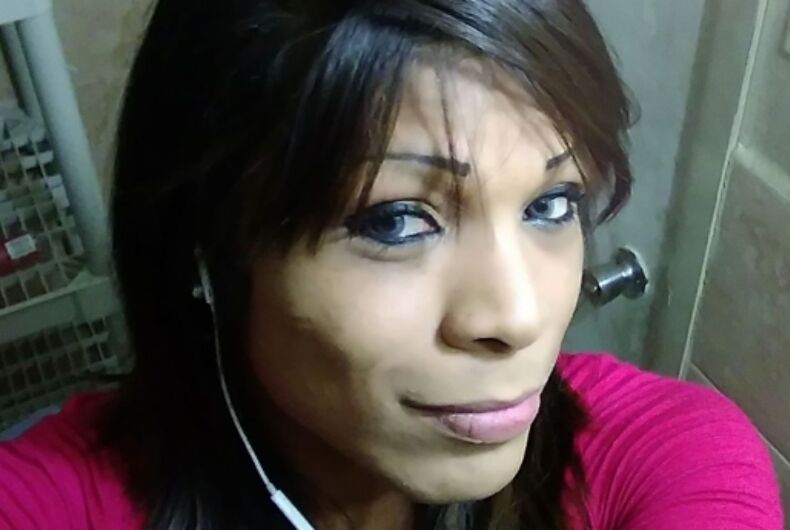 The third victim of a serial killer in Texas has been identified as a transgender woman.

Janelle Ortiz, 28, was the third woman killed by Juan David Ortiz (no relation) in his string of misogynist murders.

Janelle Ortiz was one of two women killed this past Saturday in Loredo, Texas, after authorities had already been alerted to Juan David Ortiz, 35, by a victim who escaped.

According to court documents, Juan David Ortiz told police that he planned to “eradicate all the prostitutes.” All five of his victims – the four women he killed and the one who escaped – were sex workers.

On Friday night, the third victim escaped from his truck and reported him to a state trooper.

Within hours, though, Juan David Ortiz killed two other people: Janelle Ortiz and a fourth victim, who has not been publicly identified.

Police say that all the women were shot in the head “execution-style” after Juan David Ortiz drove them to the country and forced them out of his truck. All the victims knew him, and police believe that he deliberately gained their trust so that he could kill them.

He wanted to die and hoped a police officer would kill him, so he pretended his cell phone was a gun as the SWAT team approached.

That didn’t work. He was arrested and has confessed to killing the four women. He provided police with details about the killings, including the location of the bodies of the Janelle Ortiz and the fourth victim.

“I hurt a lot. All I want is justice. I want that guy to die in jail for taking the life of my daughter,” said Maria Cristina, the mother of the first victim.

He is being charged with four counts of murder, aggravated assault with a deadly weapon, and unlawful restraint.

Police deadnamed Janelle Ortiz when her identity was announced, and the Aguero Funeral Home deadnamed her, used “he” pronouns, and used an old picture of her in their Facebook announcement of her funeral.

If Kermit & Miss Piggy are a couple, why can’t Bert & Ernie be gay?

Are poppers as dangerous as heroin?