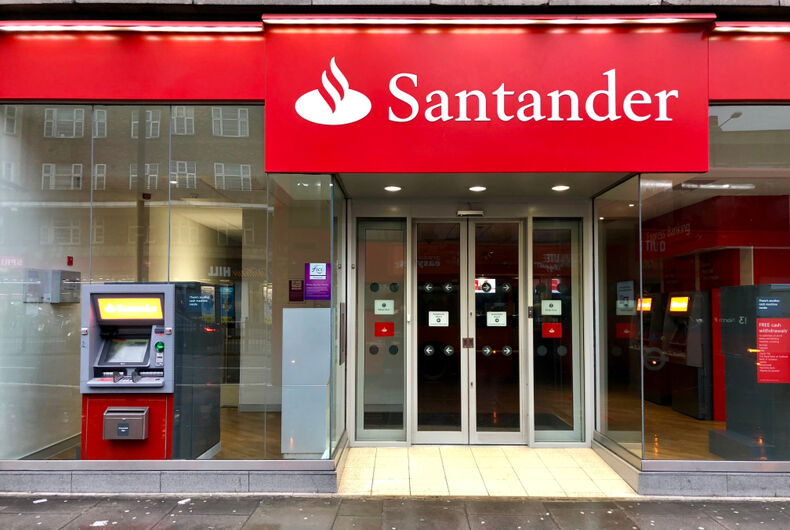 A transgender woman from Nottingham says she was”humiliated” after she attempted to access her funds at Santander bank and learned her account was frozen. When she inquired as to the reason, the financial representative told her it was because she “sounded like a man.”

The incident occurred even after Sophia Reis, 46, says she informed Santander of her name change. She transitioned in 2016.

She added, “I want for the bank, as an institution, to have something in place where people like myself get protected and don’t have to go through this every time.”

The bank released a statement saying it was their “duty to protect the security” of accounts and also apologized for the incident.

Reis was able to provide answers to all of the security questions over the phone, but was still instructed to visit a branch in order to show proof of identification. Santander said they would then unfreeze her debit card and accounts.

Santander admitted their service “was not as good as it should have been” and that they wanted all customers to experience equal and fair treatment. The bank added, “Santander works closely with LGBT+ colleagues and charities to identify the barriers that are in place to access our services.”

But is saying it enough to help customers like Reis feel secure in banking with them?

“So what is the point if they can’t guarantee that I’m not going to go through this again?” she asked. “I have to make sure that every day no one can complain about my appearance. I have to always be on the top of my game, always looking over my shoulder because at any point something can happen.”

She added, “And that shouldn’t be the way anybody should live.”