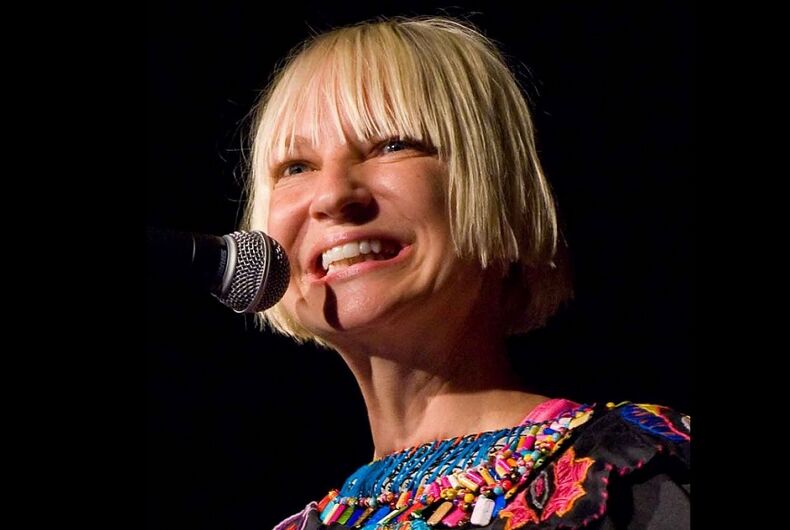 Australian singer Sia told Rolling Stone about that one time she refused to get her picture taken with Donald Trump, citing her queer and Mexican fans.

In 2015, she performed on Saturday Night Live, and the episode was hosted by Donald Trump. Ivanka was in the audience.

After the show, Donald and Ivanka were excited to meet Sia, so they went backstage.

“We’ve got to get a photo!” Donald said, according to Sia. Ivanka had a camera.

Sia said that she’s usually afraid of hurting people’s feelings, but she also foresaw her fans’ reactions if she got her picture taken with him.

So she said, “Actually, do you mind if we don’t? I have a lot of queer and Mexican fans, and I don’t want them to think that I support your views.”

That’s a bold stance, since being associated with other celebrities usually helps a rising artist’s career. But Sia stood firm.

The best part of the story? Donald Trump apparently took the rejection well.

“It was as if he viewed me as protecting my brand,” she said. “He respected that.”

Who knows if Trump in 2018 would have taken it as well as Trump in 2015. Just this past weekend he railed at Google for showing negative results when people search for “trump news.”

The evening didn’t end so well for Sia, though.

“I was like, ‘Thank you so much.’ And then I went into my dressing room and had crazy diarrhea.”

The Catholic Church is at war with itself over LGBTQ issues