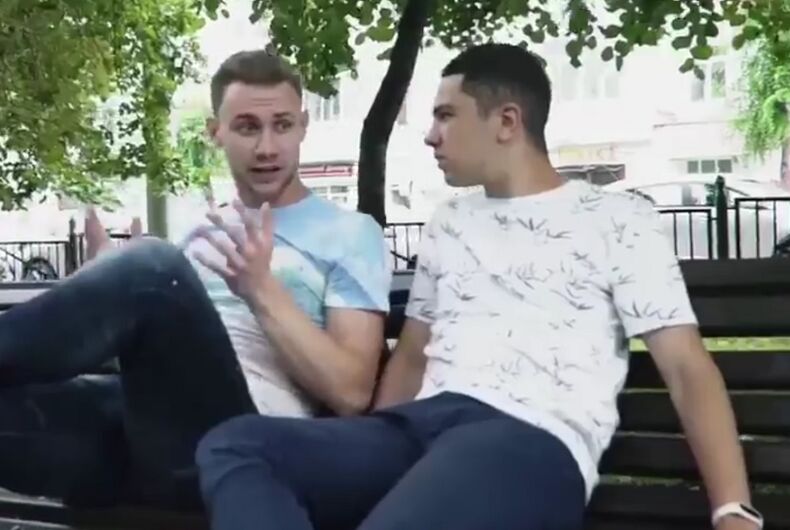 An ad for regional elections in Russia compares not voting to being gay.

The video, which appeared on a community board based in the region of Samara, showed two young men talking about how voting just creates the illusion of democracy.

Towards the end of their conversation, they’re in an apartment and they’re undressing with gusto and not much joy.

“They’re amoral. They think they can fool the people,” one of the actors says, as they start to undress.

“Let the others go and vote. We have more important things to do,” the other responds.

One of the men rolls over so that he’s on his stomach on the bed in just his underwear. The other starts to remove his pants, and the ad is over.

The implication is that people who don’t vote are gay. The date September 9, 2018, is then shown, the date that several regions in Russia are having gubernatorial and mayoral elections.

The ad has already been viewed over 18,000 times on VKontakte, the message board where it was originally posted with an 18+ warning.

The Moscow Times, which reported on the ad, was unable to confirm if it was produced by a candidate in the upcoming elections.

Democracy demands an educated electorate. America doesn’t have one.