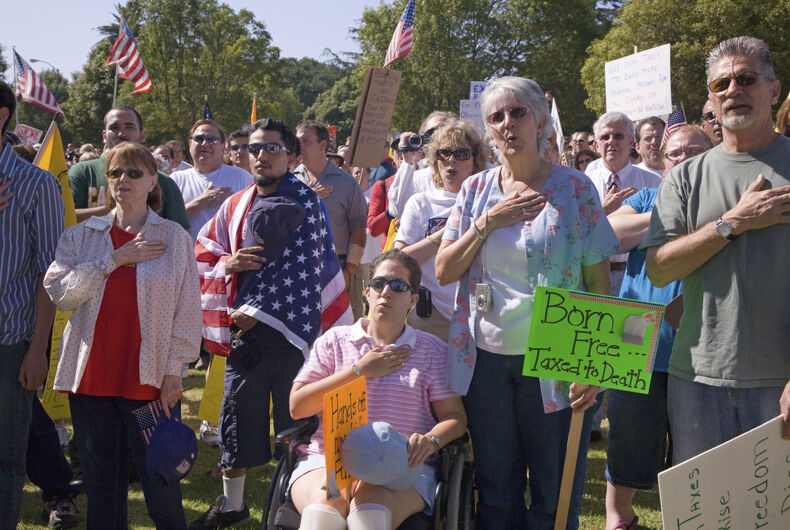 A certain anti-intellectualism filters current political discourse. How often do we hear politicians “accuse” other candidates or those serving in public office of being part of some so-called “elitest” intellectual establishment who are out of touch with “real” Americans?

And what about the gendering of politics when we are told either that women don’t have the temperament to lead or when a politician calls an opponent’s manhood into question by demanding they “man up”?

Conservative leaders attempt to exploit the uncertainties and fears of the public in their quests for power and control. Their political discourse centers on “F” words: Faith, Family, Freedom, and the Flag. This set of buzz words comprise the foundation they tell us should decide who is truly worthy of our votes.

It does us all a great disservice when we vote either for or against candidates based in large measure on their religious backgrounds. How many of us oppose Mormon, Muslim, Jewish, Hindu candidates? How many of us would even consider atheist, agnostic, Pagan, Wiccan candidates?

We also must cut through the coded language, for often when politicians use the words “poor,” “welfare state,” “inner city,” “entitlements,” or “bad neighborhoods,” they tap into many white people’s anxieties and past racist teachings.

Though white people comprise the largest percentage of current food stamp recipients, the common stereotype depicts black people as abusing the system. The buzz words, “personal responsibility” has become a catch phrase to justify cutting benefits from those who have fallen on hard times and need assistance.

When middle and working class people vote for these candidates, they essentially vote against their own economic self-interests.

When judging our candidates, we need to plough through the show and into reality. We need to examine:

We must rate them on the quality of their characters, on their policies, and how well we believe they will follow through on what they promise.

A large number of people proudly display American flags, the red, white, and blue flying and rippling in our strong winds on poles or porches in front yards. But patriotism and true commitment to our democracy takes more, much more.

It demands of us all the needed time, effort, and commitment to critically investigate all aspects of the great gift we have been given in our representative form of  government: the gift of our vote.

Anything less would be to silence our own voices and slap the faces of all who have gone before to envision and protect our form of government.

Pence said the president should resign for lying about adultery. Just not this one.

This Russian GOTV ad says that if you don’t vote, you might be gay