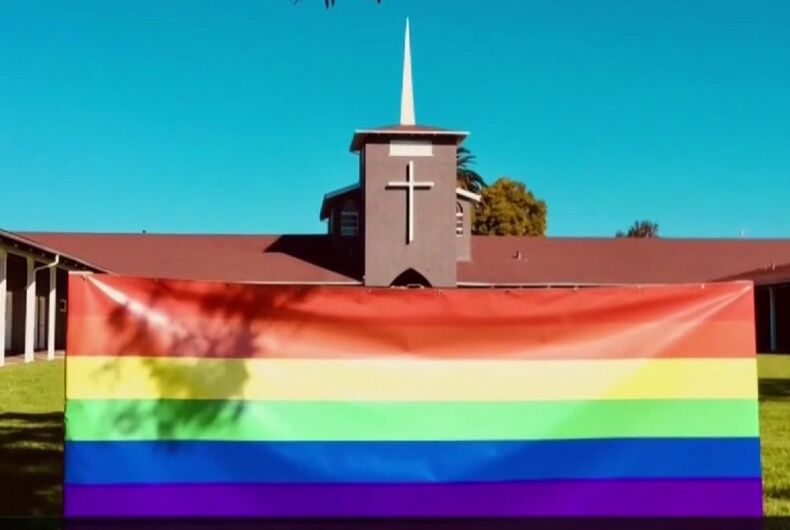 An LGBTQ-friendly church in Santa Cruz, California, is getting into the brewing business, and for a good cause.

The Greater Purpose Community Church recently sold its building and is now worshiping at a Food Lounge, where there are beer taps.

This isn’t a problem; having a beer with a service isn’t frowned upon at GPCC.

“Why not serve beer when they’re reading bible verses? I thought it was genius,” said Food Lounge owner Andrea Mollenauer.

“There’s nothing in the Bible that says you can’t drink alcohol in a responsible manner,” Pastor Chris VanHall said.

Now the church has bigger plans. It has a contract to lease a building that previously housed a bookstore and it’s converting it to a brewery and a place of worship.

After Sunday services, their church will turn into a bar.

“We don’t want to dupe anyone, we don’t want to have this bar, and say ‘ok come on in’ and boom you get a church service,” said VanHall, stressing that the bar will open after services are finished.

GPCC will share a building with Planned Parenthood, which VanHall seems pretty excited about.

“A woman’s right to choose is something most churches are silent on or opposed to, but that’s not where we stand in the faith community,” he said.

The profit from the bar will go to local community service organizations, including Planned Parenthood.

“We hope to be an absolute conundrum for people walking by,” he said. “A church that serves beer and gives the profits away to places like Planned Parenthood is really exciting to me.”

While Protestant churches tend to frown on alcohol, VanHall reminds people that the Bible doesn’t make it seem like Jesus has a problem with alcohol.

“Jesus drank wine and had a reputation of hanging out in places where people consumed alcohol,” VanHall said. “But for some reason, American churches have been vigilant in saying ‘You can’t drink alcohol.’”

In fact, VanHall says that his sermons are always better after two beers.

GPCC has a mission to serve all people and a nondiscrimination policy on its website that includes LGBTQ people.