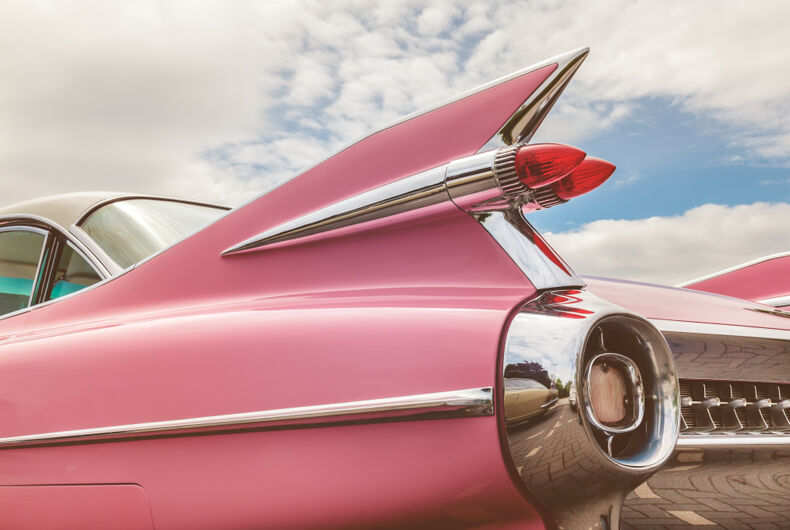 Over a hundred pink Cadillacs are expected to line the route to Aretha Franklin’s funeral and stand honor guard along Seven Mile outside of the church. The tribute is a nod to the Queen of Soul’s hit “Freeway of Love.”

Approximately two dozen singers will perform at the public memorial and private funeral for the diva. Cadillac owners who drive to Detroit to participate will be invited to attend the funeral. Police officers normally line patrol cars and mounted forces outside the church.

“He said, ‘Wouldn’t it be awesome to have some pink Cadillacs to pay tribute to Aretha Franklin and her legacy and all that she’s done and all that she’s meant to so many around the world?’,” Crisette Ellis told The Detroit News.

“It kind of took on a life of its own. I put the clarion call out and before I knew it, there were people from Dallas, Omaha, Chicago, you name it,” she said. “Some people are driving 15 hours, 18 hours.  Everybody is just so excited that they could be a part of Aretha Franklin’s homegoing.”

The church has hosted several high profile funerals, but this one will definitely be different. Approximately two dozen performers will sing Franklin to rest.

If you own a pink Cadillac and would like to participate in the Queen of Soul’s homecoming, you can register to attend online.

Franklin’s 1985 hit “Freeway Of Love” was an homage to Detroit. The black and white video ends with a color shot of Franklin driving away in a pink Cadillac with a Michigan license plate reading “RESPECT.”

Could this Pride flag that ‘respects Puerto Rico’ replace the rainbow flag?

SOS: Cher drops another track from her album of ABBA covers