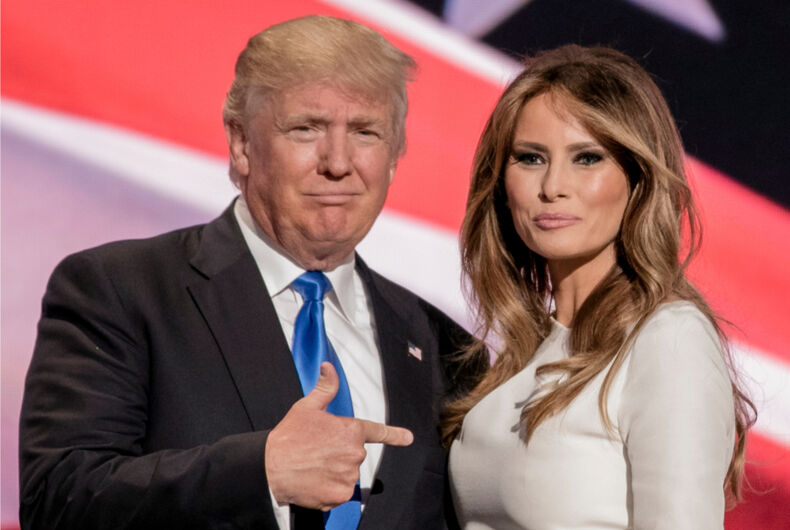 When it was announced that Melania Trump would be going to Maryland next week to address a conference on fighting cyberbullying, Twitter cracked up.

Her husband is one of the best-known internet trolls, and he uses Twitter to insult and attack people he disagrees with. Who better than other Twitter users to point out the irony of Melania making cyberbullying her issue?

""First workshop: When is it okay to refer to a black woman as a dog?" #TrumpResign #TrumpBully #Impeach45 #Resist https://t.co/EUeS5IqqKd

Not everyone is laughing. This is serious.

@FLOTUS needs a new topic. As a teacher, who teaches anti-bullying, it is hard to take her seriously. The kids hear & see what her husband tweets. No child can look up to this prez and we struggle to teach them honestly & honor. The anti-cyberbullying needs to start at home.

But the jokes about Melania fighting cyberbullying have been happening for some time.

If Melania Trump was actually bothered by things like hardline immigration and cyberbullying she wouldn’t have married a xenophobic internet troll.

Melania Trump is here to warn us that cyberbullying is so terrible that it could even make her husband president.

Even The Hill – a journal not known for calling out powerful people – couldn’t help but point out that Donald Trump just spent the past week throwing insults at Omarosa.

This past March, Melania actually addressed this contradiction. “I’m well aware that people are skeptical of me discussing this topic. I have been criticized by many for my commitment to tackling this issue, and I know that will continue,” she said.

“But it will not stop me from doing what I know is right,” she added. “I’m here with one goal: helping children in our next generation.”

This doctor says he can ‘cure’ homosexuality with homeopathic sugar pills