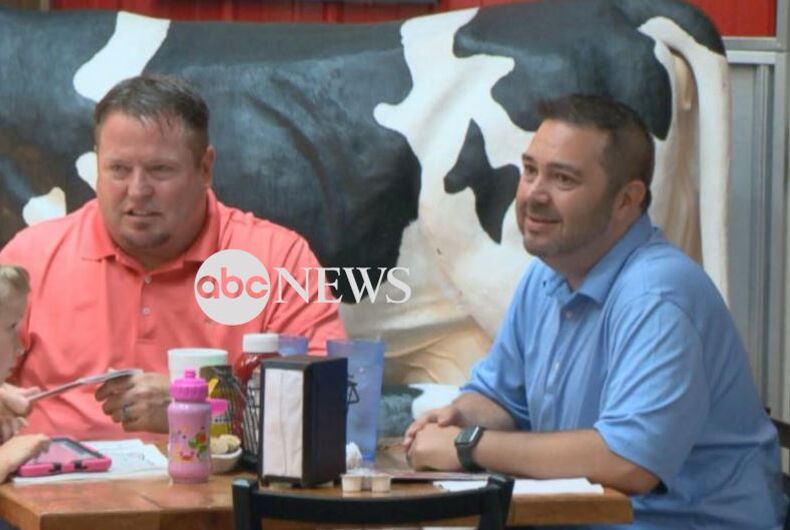 What Would You Do?Photo: ABC

What would you do if you were at a restaurant and patrons at a nearby table were publicly berated for being gay parents? ABC placed some hidden cameras in establishments in Kentucky and New York to find out.

In their hidden camera television spot, What Would You Do?, paid actors played out the parts of the main characters involved, including the little girl at the center of the heated debates.

On two separate occasions in two separate cities, gay fathers were outwardly criticized for raising their daughter without a mother. How people reacted was priceless.

“I don’t think a child should be raised that way,” said the Kentucky harasser.

Then another one said, “That’s an innocent child with two gay men raising her.”

Coming to their aid, one woman piped in, “I’m a teacher. I see it all the time and the children do not have problems.”

“You need to lighten up lady,” said one male customer. “You need to back off. You’ve got two people celebrating and demonstrating love for a child. You’ve got some nerve.”

The show made reference to the fact that nearly 60,000 adopted and foster children are being raised by same-sex couples in the U.S. They took it a step further to credit married same-sex couples for raising more than 26,000 of them – and the kids are alright.

Why won’t LGBTQ orgs endorse Cynthia Nixon’s campaign instead of her straight opponent?