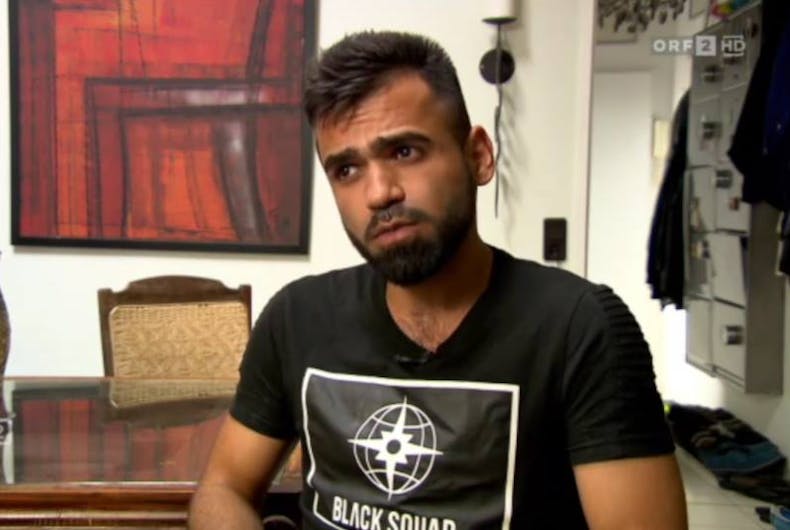 Navid, a gay asylum seeker, was originally denied a visa because he didn't know what all the colors in the Pride flag stood for.Photo: Queer Base

Navid, an Iranian gay asylum seeker, thought he had found his new home when he settled in Vienna, Austria. But nearly four years after escaping persecution, he found his life turned upside down.

Navid’s application was denied by the Federal Office for Aliens and Asylum. Why? He couldn’t name what each color in the rainbow Pride flag stands for.

Government officials did not interview his same-sex partner before deciding he wasn’t really gay according to Gay Star News.

Thankfully, with the help of the Vienna-based LGBTQ advocacy group Queer Base, Navid’s case was reconsidered. Yesterday, the Federal Administrative Court ruled in his favor and granted him asylum.

In case you’re wondering (or considering a permanent move to Austria), the colors in Gilbert Baker’s now iconic flag represent: red for life, orange for healing, yellow for the sun, green for nature, turquoise for art, and violet for spirit. In the original version, hot pink and indigo were also in the flag, standing for sexuality and harmony respectively.

Yes! "Do you know the meaning of the colors of the rainbow flag?" Navid from Iran, who got a negative decision from an…

Posted by Queer Base – Welcome and Support for Lgbtiq Refugees on Monday, August 13, 2018

Why is Judith Butler trotting out tired excuses to defend a sexual harasser?