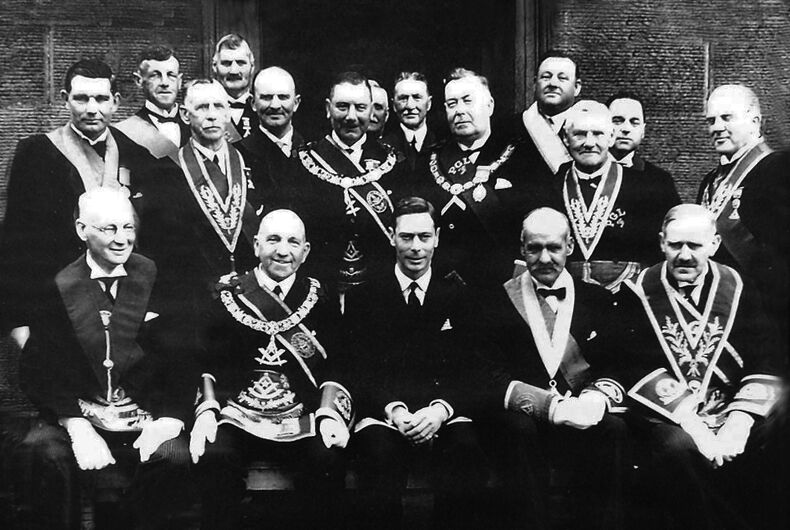 King George VI was affiliated into a lodge in the Province of Forfarshire in 1936. The organization is one of the oldest fraternities in the world.Photo: Wikimedia Commons

In England, the Freemasons are a male-only secret society that dates back to 1717. But, after 301 years, the organization it updating its gender policy.

Guidance issued by the United Grand Lodge of England on July 17 to around 200,000 Freemasons in the UK said that all – and only – individuals who are legally male may become Freemasons, meaning transgender men can be affiliated.

Transgender women who joined the Freemasons before they transitioned may remain in the society after transition because “a Freemason who after initiation ceases to be a man does not cease to be a Freemason.”

The guidance said that many rules would remain in effect. Transgender women would still be referred to as “Brother” in official greetings.

The dress code, though, was changed a bit: a “smart dark skirt and top” is now considered appropriate for women who are Freemasons.

The changes follow the Gender Recognition Act 2004 and the Equality Act 2010. These laws made gender identity a protected class and banned discrimination against transgender people, but single-sex private associations are allowed to remain so in their admissions.

A spokesperson for the United Grand Lodge of England told the Times that the Freemasons have not been subject to any legal action for anti-transgender discrimination.

While Freemason lodges in other countries are sometimes mixed, in the US and the UK only men may join. There are several female lodges in both countries that are not officially recognized.

Freemasonry is not a religion, but it requires members to express a belief in God.