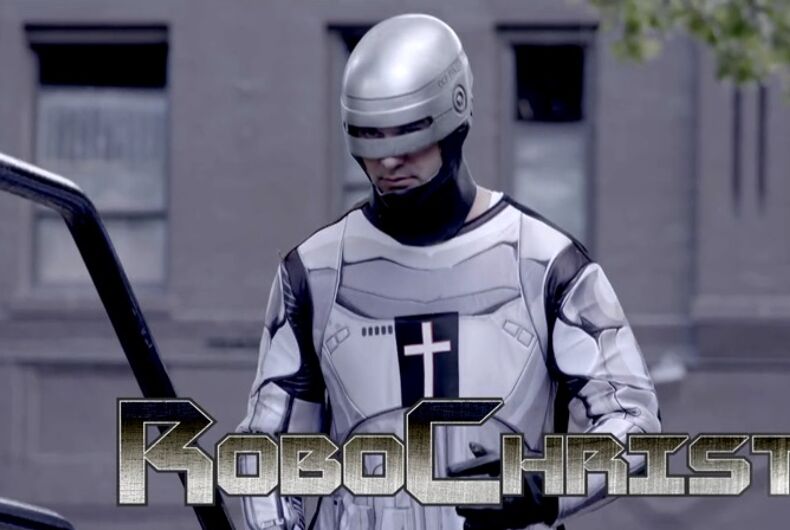 The Daily Show has joined the ranks of late night talk show hosts mocking Attorney General Jeff Sessions’ new “Religious Liberty Task Force.” The initiative is widely known to be a way for the Trump administration to give Christians a license to discriminate against LGBTQ people and women.

Within hours it was reported that hate groups were behind the push for the task force.

Sessions’ militant advocacy for “religious freedom” – including appointing anti-LGBT extremists in positions of power – has been a hallmark of his tenure. He literally wants to use the power of the state to enforce the radical idea that religious beliefs as more important than established civil rights law.

So what better enforcer for the task force than RoboChrist?

Should we retire pride parades or do they have value in modern America?