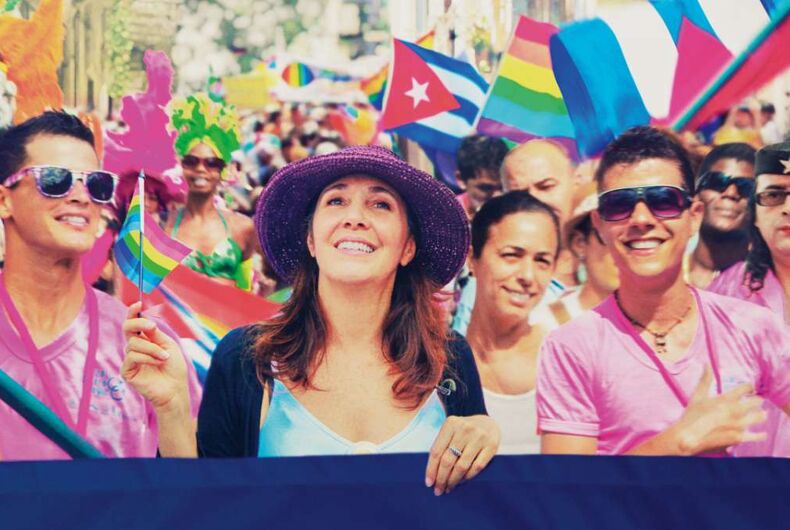 A new constitution replacing the 1976 Soviet-era Magna Carta is taking heat by traditionalists who oppose granting same-sex marriage in  Communist-run Cuba. With progress on the LGBTQ rights front over the past decade, Cuba is moving the dial forward – with out without everyone’s support or consent.

To be clear, Cuba was once responsible for the persecution of homosexuals where LGBTQ individuals were sent to concentration camps during Fidel Castro’s 1959 revolution. Although Castro later apologized, the damage was most certainly already done – and remains to this day.

Cuba already has rights for gender confirmation surgery and protections against discrimination in the workplace for being LGBTQ. But this is something new. This is something else.

The draft of Cuba’s new constitution will finally, once and for all, define marriage as between “two individuals” instead of between a “man and a woman.”

Principal elements of the proposed constitutional reform was outlined by Council of State Secretary Homero Acosta. He told lawmakers on Saturday that it was a necessary leap toward the future of Cuban life.

“The possibility of marriage between two people strengthens our project’s principles of equality and justice,” Acosta said. He added that in order to allow same-sex marriage, further legal changes would also be needed.

For her part in the dynamic shift of power, Mariela Castro, daughter of former President Raul Castro, serves as the director of the National Center for Sex Education (CENESEX). This government-funded organization was founded in 1989 and holds deep roots in support of the LGBTQ community in the region.

Mariela leads the annual march against homophobia and transphobia in Havana. Her work was the subject of a 2016 HBO documentary titled, Mariela Castro’s March: Cuba’s LGBT Revolution.

Evangelical Christians, who have gained influence and power in Cuba, have issued a joint statement in opposition of Mariela’s reform revolution. Currently, five evangelical churches oppose the proposal. In addition to the statement, the groups are plastering anti-LGBTQ posters in the region.

One of the posters read: “I am in favor of the original design – the family as God created it.”

LGBTQ activists have responded in their own way to the backlash; they have taken to the streets in protest.

If Cuba stays true to the trend being set in surrounding Latin America, same-sex couples will have their marriages – whether there are five letters of church opposition or 500. Because progress cannot be contained by the past. It exists in the present, making way for the future.

Out of all of the projected constitutional reforms in Cuba, one has provoked intense debate: the proposal to legalize same-sex marriage. It was introduced by Mariela Castro, a daughter of Raúl Castro who,… https://t.co/nL66VaxDw9

Same sex marriage is being legalized in the latest govt stride made for LGBTQ people in Cuba. State sponsored gender affirmation surgery has already been free for years. https://t.co/dyZ4Ydnxcy