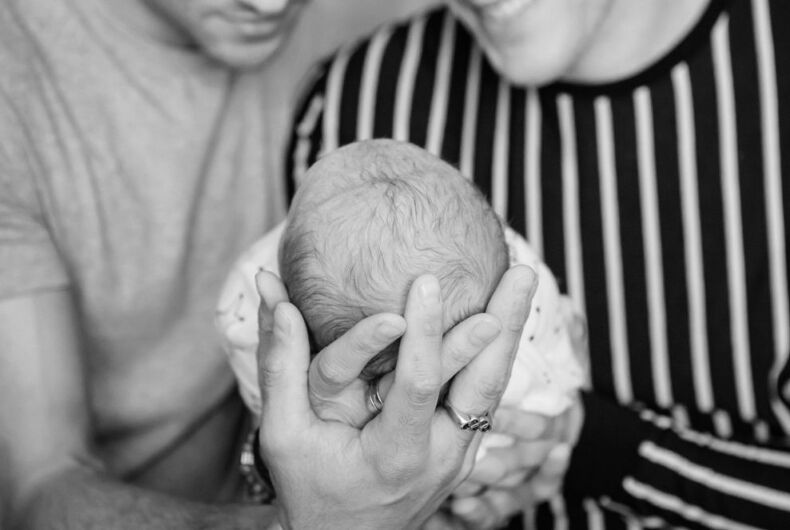 Welcome to the world little Robbie Ray. Thank you for bringing so much love and light with you. And thank you to those who helped make our dream of having a family into this wonderful reality. ❤️#AFamily #HappyBirthday 👨‍👨‍👦 pic.twitter.com/8srVjvrG5I

The name honors Daley’s later father, who died in 2011 after a battle with brain cancer.

The couple had announced in February they were expecting by an American surrogate, and they said they didn’t want to know who the biological father was.

“We put in a boy embryo and a girl embryo, and we don’t know whose is whose,” Daley told the Times of London earlier this year. “The next time, we’ll do it the other way around.”

Though the surrogacy was warmly accepted in the States, they received some criticism in the U.K., where they have chosen to live and raise the child.

Pride in Pictures 2017: Cheers for Edie