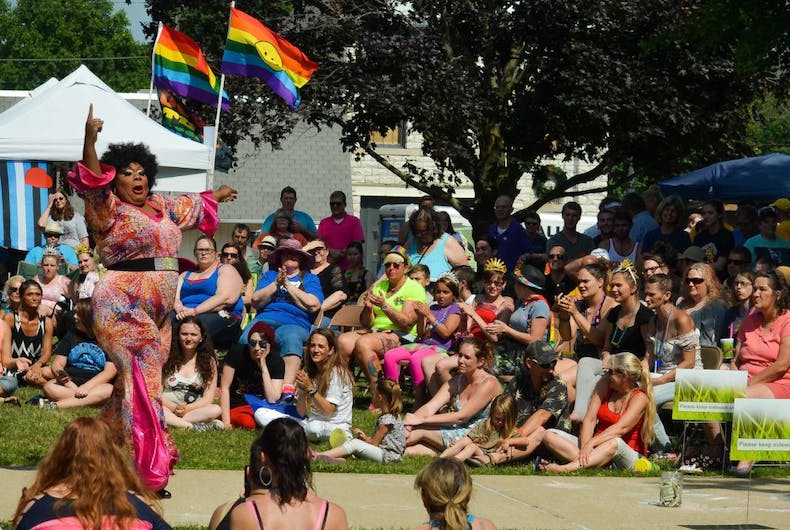 In its 11th year, Spencer’s first-weekend-of-June Pride celebration has grown to be one of the biggest in the Heartland for a town its size. What started as a local group wary of posting its meeting location has grown into a thriving Pride organization, with its own CommUnity Center and gift shop on the square, and its own LGBTQ youth group.

In the era of corporate Pride, Spencer’s courageous volunteers have built small-town Pride from scratch.