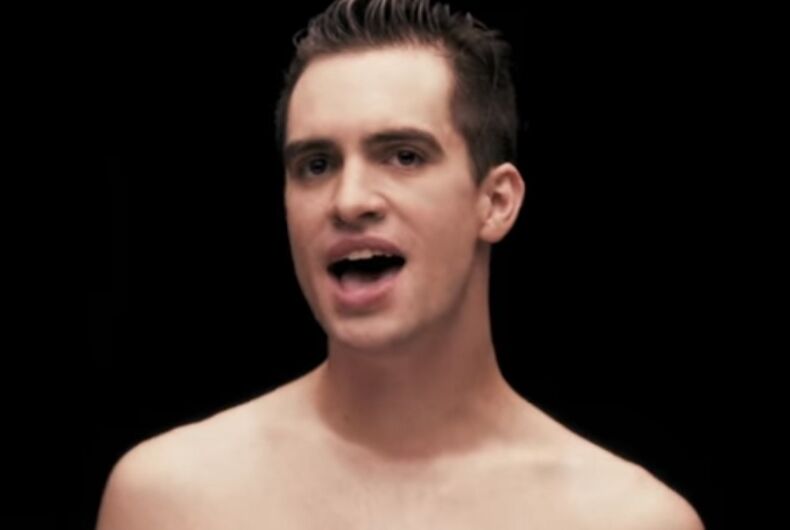 Brendon Urie in the video for "Girls/Girls/Boys."Photo: Screenshot/YouTube

In an interview with the pop culture magazine Paper, Brendon Urie of the band Panic! at the Disco came out as pansexual.

“I’m married to a woman and I’m very much in love with her but I’m not opposed to a man because to me, I like a person,” he said.

“I guess this is me coming out as pansexual,” he added.

He also talked about the first time he went to a bar, which was a gay bar and he was 17. He said that he knew someone who knew the bouncer so he was able to get in.

“I remember just being hit on all night and it was awesome,” he said. “I was getting drinks all night. These guys would just come up and I was like, ‘I’m flattered but I’m not interested but thank you.’ They were like, ‘We’ll get you interested, sweetheart.’ I was just like, ‘This is dope.'”

Life
Brendon Urie, Coming Out, Panic! At The Disco