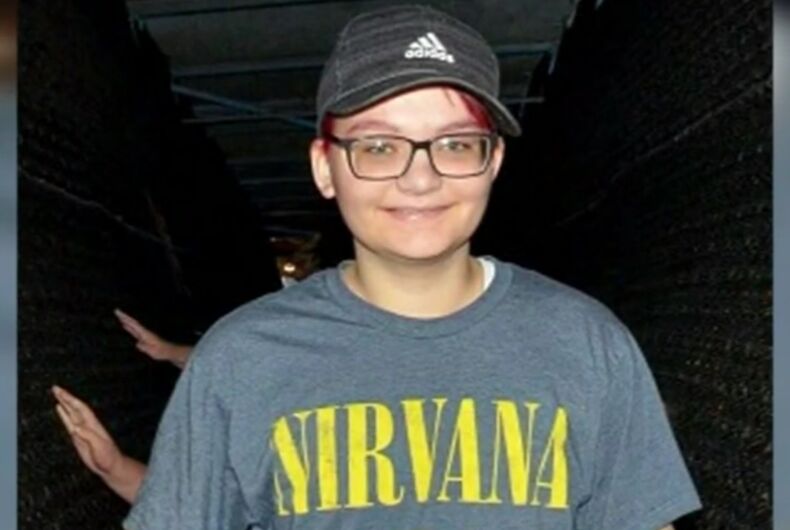 A judge in Ohio refused to approve a transgender teen’s name change, and now the parents are appealing, saying that the judge overstepped his authority.

“We thought it was just a formality, basically,” Elliott’s mother Leigh said.

She said that Judge Joseph Kirby’s questions were strange.

“He started out by asking us, ‘Did this all start when all of this stuff came out in the media?'” she said. Kirby clarified that he was referring to Caitlyn Jenner.

He ultimately denied the name change, writing, “Children change significantly and rapidly.” He attributed Elliott’s gender identity to the “fevered identity exploration” of adolescence. Kirby told Elliott to “Age. Develop. Mature.” and that he should ask again to change his name when he turns 18.

“I’m also upset that a judge who spent less than 20 minutes with our child in an intimidating setting knows better than both parents, the child, a licensed therapist, and a doctor specializing in transgender issues,” Elliott’s father Kylen said.

His parents said that the name change is needed now so that Elliott can get a driver’s license and apply for colleges as “Elliott.”

The parents filed an appeal earlier this week.

“There are federal constitutional issues here,” their attorney Josh Langdon said. “Importantly, the parents right to decide the upbringing of their child, there’s also the child’s right to express himself. There are First Amendment issues.”

Ohio is considering a bill that would require schools to out students who have “a desire to be treated in a manner opposite the child’s biological sex” in the name of parents’ rights.

Is the University of Wyoming’s new slogan homophobic & sexist?