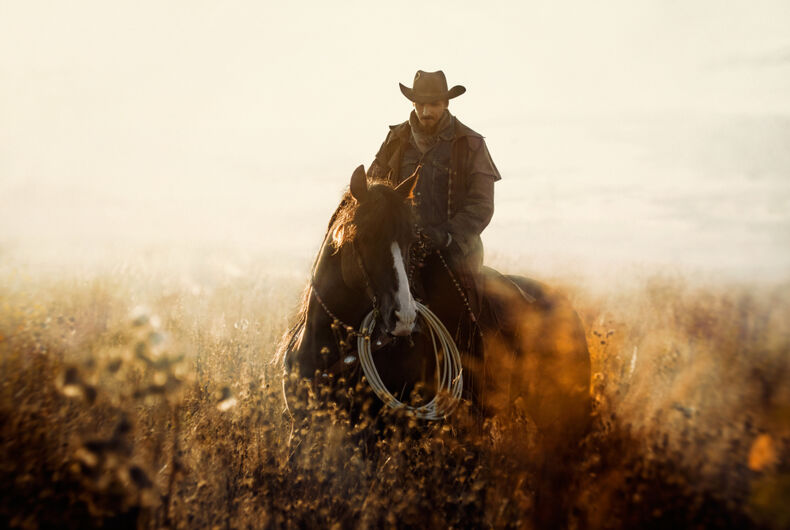 The University of Wyoming is facing backlash after revealing a new marketing campaign for the school meant to attract students from outside the state. Critics say the slogan is sexist, racist, and homophobic.

UW’s mascot is a cowboy and the athletics department describes men’s teams as “cowboys” and women’s as “cowgirls.”

“The world needs more cowboys,” the campaign says and some faculty members and groups charge that it embodies the myth of a white, heterosexual man and leaves people of color, LGBT people, and women left out.

“I care most about our university having a slogan that makes all people feel welcome here,” associate professor Christine Porter told the Laramie Boomerang. “That’s what I care most about. I also care about us not embarrassing ourselves as an institution across the nation. However proud this state is of our cowboy tradition, it just does not translate outside the Rocky Mountain West.”

UW Director of Communications Chad Baldwin defended the campaign saying the theme was gender neutral and anyone could be a cowboy. They include celebrities and inspirational leaders like Martin Luther King, Jr., Malala Yousafzai, and Galileo as “cowboys” in marketing materials.

“We’re casting it so that it’s not gender-specific,” Baldwin said. “It’s not at all exclusionary. It’s the spirit of the cowboy that we all kind of share in. So, we’re basically throwing away the old stereotypes and updating what it means to be a cowboy and what it looks like. A cowboy is not what you are, but who you are.”

“For me, the clearest reason it’s unacceptable is the word ‘boy,’ excluding anyone who identifies as female,” Porter said. “In 2018 — and really for the past 20 years — it’s not been acceptable to use the generic male to pretend that includes female.”

“I am not the only person for whom the word ‘cowboy’ invokes a white, macho, male, able-bodied, heterosexual, U.S.-born person,” she added. “The history of cowboys, of course, is much more diverse than that racially, and presumably also for sexual orientation. But the image — what the word ‘cowboy’ means off the top of almost everybody’s head in the U.S. — is the white, heterosexual male.”

“The term ‘cowboy’ in this campaign refers to people of any gender, any background, any ethnicity and what we have in common, which is the spirit of adventure and being a trailblazer, being resilient,” Baldwin said.

“I truly appreciate … the idea that who a cowboy is needs to be rebranded to be more accurate to the diversity of people who are cowboys, or who have been,” Porter shot back.

“However, you don’t do that with a marketing slogan. You don’t try to simultaneously change how everybody thinks of that word, and use it to say those are the only people who belong here at the University of Wyoming.”

To prove her point, Porter surveyed faculty members and students on what they envisioned as a cowboy. 75% responded with “The Marlboro Man,” a white burly rugged man used in cigarette advertising for years.

Tom McBride, one of the actors who portrayed the character, was an openly gay man. He died of complications from AIDS in 1995.