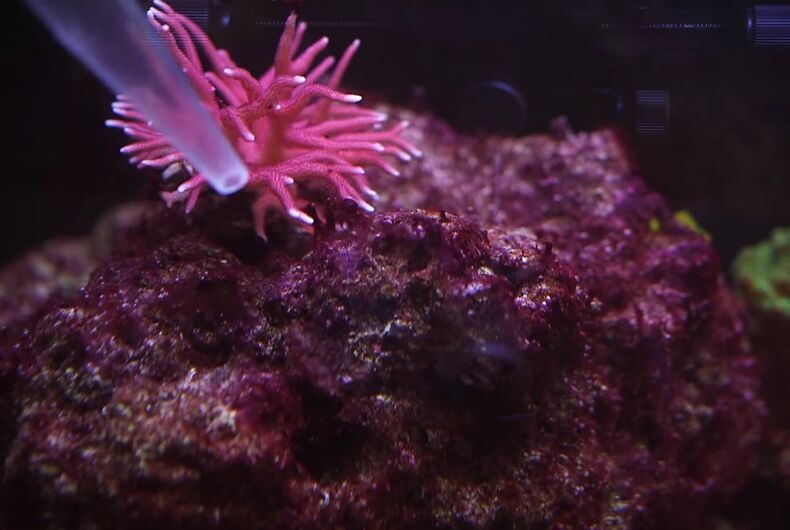 Just how fabulous was early life on earth? According to Dr. Nur Gueneli of the Australian National University, our planet was pinker than anyone might have imagined.

When Dr. Gueneli was looking for ancient fossils in some rock samples discovered beneath the Sahara Desert, she expected to find nothing but shades of gray. Instead, the samples varied all the way from a blood red to a deep purple when concentrated – and bright pink when diluted by a solvent.

The material in the rocks were cyanobacteria, is otherwise known as a blue-green algae. This particular bacterial is the only type to photosynthesize – and the chlorophyll that cyanobacteria use in photosynthesis is where the pink color comes from.

This discovery also helps unlock another mystery of the early earth. While this cyanobacteria dates back to some 1.1 billion years ago, more complex life forms don’t show up on earth until roughly 650 million years past. Scientists have speculated that the discrepancy was due to a lack of oxygen, but that theory has been disproved.

What seems more likely is that the cyanobacteria – which produces a vibrant pink pigment – were simply so plentiful on the early earth that other forms of life simply didn’t evolve. It was only when the cyanobacteria began to recede that other materials could form and spread, leading to life as we know it today.

Nevertheless, it must have been a sight, to see the “blue planet” we know today, drenched in shades of pink as far as one could see.

How cheese may re-elect Tammy Baldwin