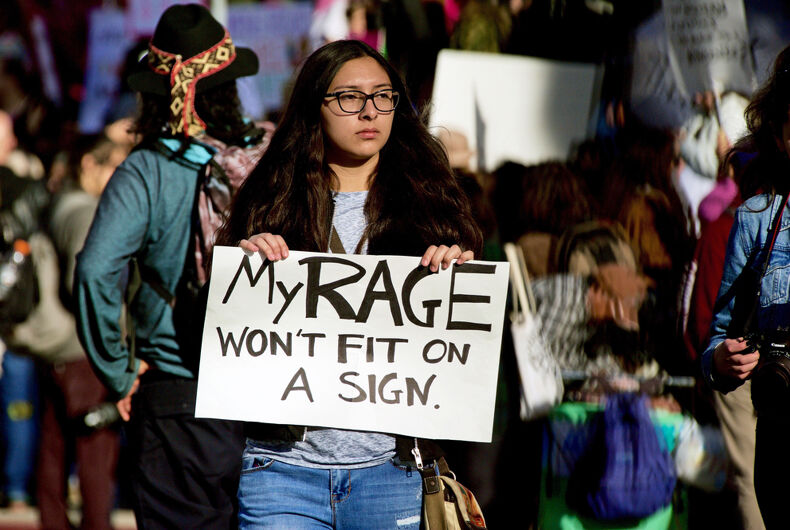 Straight men and gay men have one major thing in common regardless of how they identify sexually: they are all, in fact, men.

On the issue of misogyny in the straight and gay world, who’s most to blame? Depends on who you ask.

Researchers at Western Carolina University in North Carolina have found that straight men are more receptive to anti-gay jokes when they feel their masculinity has been undermined.

“We propose that men scoring higher in precarious manhood beliefs express amusement with sexist and anti-gay humor (but not other forms of humor) in response to masculinity threat in order to reaffirm their masculinity,” study authors stated in the abstract.

Actress Rose McGowan claimed in 2014 that “gay men are as misogynistic as straight men, if not more so.”

She added that they had fought “for the right to stand on top of a float wearing an orange Speedo and take molly.”

But how does this play into how gay men – and straight men – feel about women in general?

“I did overhear something a few years ago that seemed to reflect a tone of misogyny in one of our community specialty stores I won’t mention by name,” he said. “A group of women were there and having a good time taking a look at the products offered, but after they left, the store’s staff went off on them big time.”

The associates were “mimicking [the women], bemoaning how long it was taking them to decide about anything, saying how cheap they were to spend that much time there while buying very little,” and so forth.

“I imagine some of that came from seeing far fewer women among their usual clientele, the store seems to have heavier traffic from gay men,” Pitchford shared. “But that was definitely driven by their contempt for women, at least in the context of that particular situation. Who knows if that extends to their life beyond the store, though. I could see how it could.”

Out politician Brian Sims told the Advocate, “I serve with over a dozen closeted members, whom I would never identify to anybody else, and when I joined the legislature, many of them were co-sponsors of anti-LGBT bills.”

Heywood examined, “You cannot be raised in a racist, sexist, homophobic culture without absorbing those same conceptions into your own world view. That said, I do believe that all men have to do more work on the way women are treated, perceived and represented.”

FirstPost.com summed up: “Misogyny is [as] unavoidable as air. The fact that you are into men doesn’t mean that you aren’t a tool of patriarchy.”