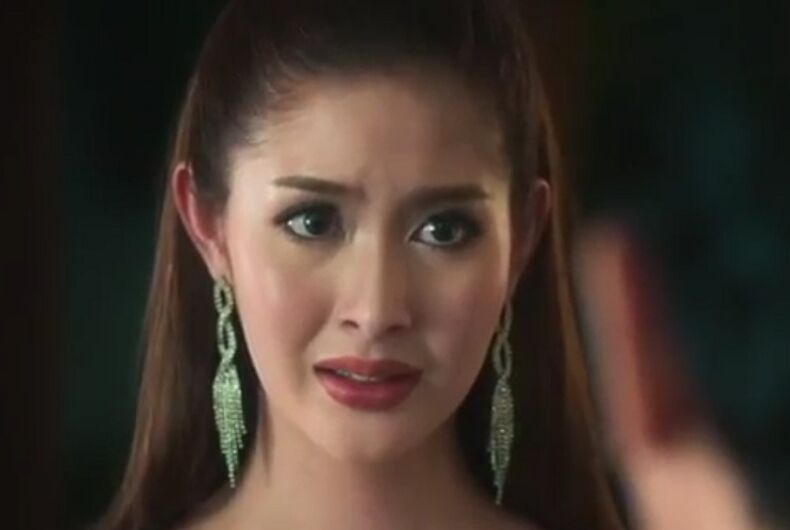 An ad in Thailand about accepting transgender children has become a huge hit.

The ad for Sunsilk shampoo tells the true story of Rock Kwanlada, who got second place in the 2017 Miss Tiffany Universe pageant.

The story is told from the perspective of Kwanlada’s hair, how she was forced to keep it short for her family and at school.

Her father doesn’t know about her double life, but finds out at the end. He can choose to accept his daughter or reject her.

“I’ve never asked my father how it feels to have a son like me,” Kwanlada says. “I’ve been hiding – pretending. I just hope that someday he will know, and accept me for who I am.”

The ad got millions of views in Thailand

Pride in Pictures 2005: Pride & its pageantry