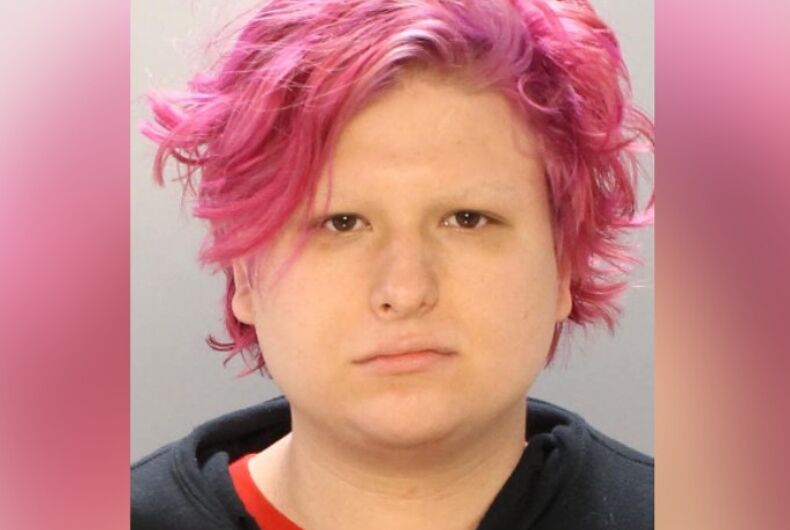 A transgender woman was arrested for attempting to burn a flag at Pride in Philadelphia.

ReeAnna Segin, 20, tried to burn a “Thin Blue Line Flag” at Philadelphia’s Pride Parade. She hasn’t said why she burned the flag, but the flag has become a symbol of “Blue Lives Matter,” a conservative backlash against Black Lives Matter.

Police arrested her and charged her with attempt to commit arson, risking a catastrophe, recklessly endangering another person, and possessing an instrument of crime. She wasn’t successful in burning the flag.

The issue, police say, isn’t that she tried to burn the flag, but that she lit something in the middle of a crowd.

Police say they found other materials for starting fires in her backpack, including can of paint thinner, a blue lighter stick, and road flares.

The District Attorney’s Office said today that they are dropping the arson and risking a catastrophe charges, which are both felonies. The other two misdemeanor charges remain.

Segin was held at a men’s prison because it’s the city’s policy to make that decision based on the arrested person’s sex on state ID.

Her bail was set at $5000. Her father, two community organizers, and the city’s LGBT affairs director posted for her release.

HIV treatment has improved more than diabetes for women