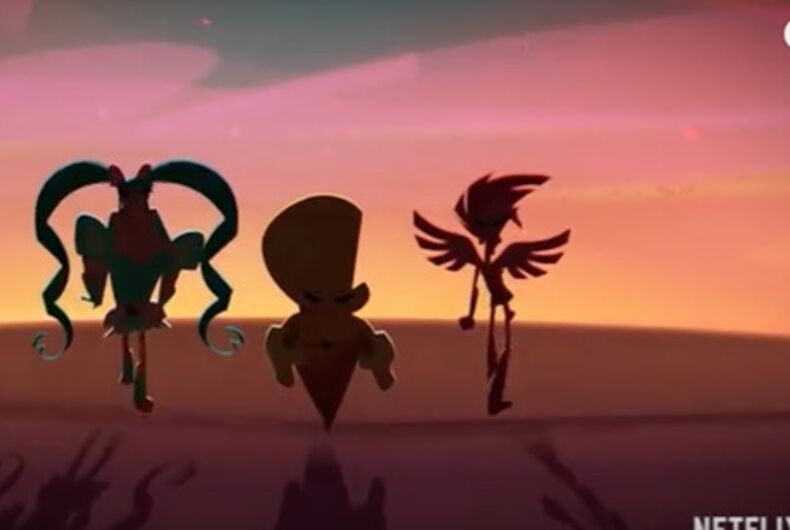 The trailer for Super Drags, Netflix’s upcoming animated series starting superhero drag queens is here and it will only make you want to watch more.

“During the day, they work in a department store and deal with their uptight bitchy boss,” the description reads. “By night, they tighten up their corsets and transform into the baddest SUPER DRAGS in town, ready to combat shade and rescue the world’s glitter from the evil villains.”

“Get ready, because the SUPER DRAGS are going deeper than you think.”

Yes, that’s right. During the day Patrick, Donny and Ramon are harried salesclerks. But by night, they’re Lemon Chiffon, Cran’s Sapphire and Crimson Scarlet “ready to combat shade and rescue the world’s glitter from the evil villains.”

No word yet on when the series will start streaming.