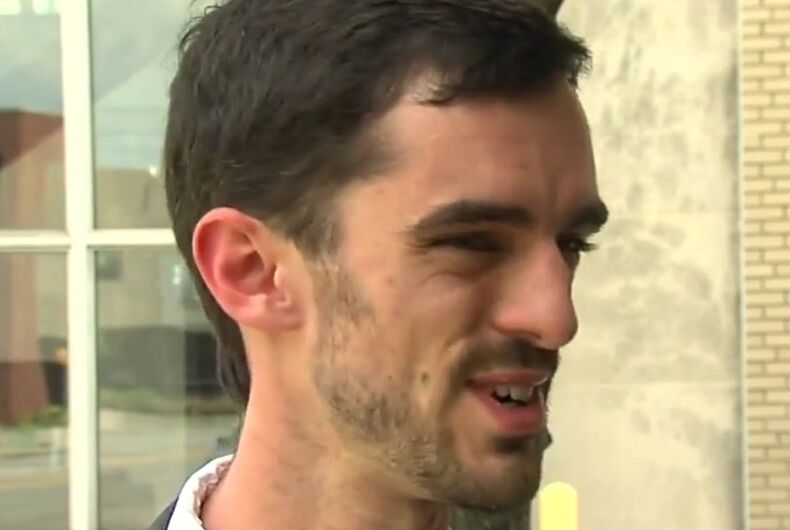 An Indiana high school teacher said that he was being forced to resign because he wanted to deadname transgender students.

John Kluge, a former orchestra teacher at Brownsburg High School, submitted a letter of resignation, which he said he sent only because the school district was threatening to fire him.

Kluge said he disagrees with the district’s policy of referring to transgender students by their names if they have submitted written consent from a parent and a doctor. If a student’s name change gets approved, the school changes their names in its records.

This policy has been in place since January of this year.

Kluge said he does not approve of the fact that some people are transgender, and said that using students’ correct names is “compelled speech.”

“I’m being compelled to encourage students in what I believe is something that’s a dangerous lifestyle,” he said. “I’m fine to teach students with other beliefs, but the fact that teachers are being compelled to speak a certain way is the scary thing.”

The Indiana Family Institute (IFI), an anti-LGBTQ organization that is advocating for the teacher to keep his job, said that Kluge is particularly bothered by high suicide rates among transgender people.

A recent study at the University of Texas at Austin, though, showed that transgender youth who are able to go by their real names are less likely to have suicidal thoughts and to attempt suicide.

If Kluge were honestly concerned with suicide among transgender youth, then perhaps he should fight transphobia instead of promoting it.

Kluge said that his compromise with the school district was to refer to all students – cisgender, nonbinary, and transgender – by their last names, and that he didn’t tell students why he was doing this.

“I wanted to present an environment where I wasn’t going to push one way or the other,” he said. But he was told by the administration that he would not be allowed to do this next year.

The IFI sent out an alert saying that this is an example of “extreme liberalism.”

“Because he will not actively encourage transgender students in their lifestyle, the administration has forced John out of his job against his will,” the organization’s website reads. “The Brownsburg School Board needs to hear from you right now.”

The district has not commented on the matter, saying only that they received a letter of resignation and that they are in compliance with state and federal law.

Now he says he doesn’t want to quit after all.

Kluge said that the letter was tentative and that he tried to withdraw it on the last day of school, but he found that he was locked out of the school’s email system when the school year ended and that the district was already looking for his replacement.

People who have jobs may have difficulty sympathizing with Kluge’s “compelled speech” claim. Employers often require employees to say things that the employees may not actually believe in, and teachers operate within a narrow framework of acceptable speech when it comes to curriculum and student interactions.

For example, a science teacher who believes the Earth is 6000 years old can still be compelled to teach a biology or geology curriculum that assumes a much older Earth, just as a teacher who believes that recreational drug use is beneficial can face disciplinary actions for discussing that belief with students.

In addition to respecting names, the school also allows transgender students to use the bathroom associated with their gender identity. This has led to complaints by several parents, one of whom told the Indy Star she “was not taken seriously.”

A Republican who filmed herself harassing a trans woman lost her election. By a lot.