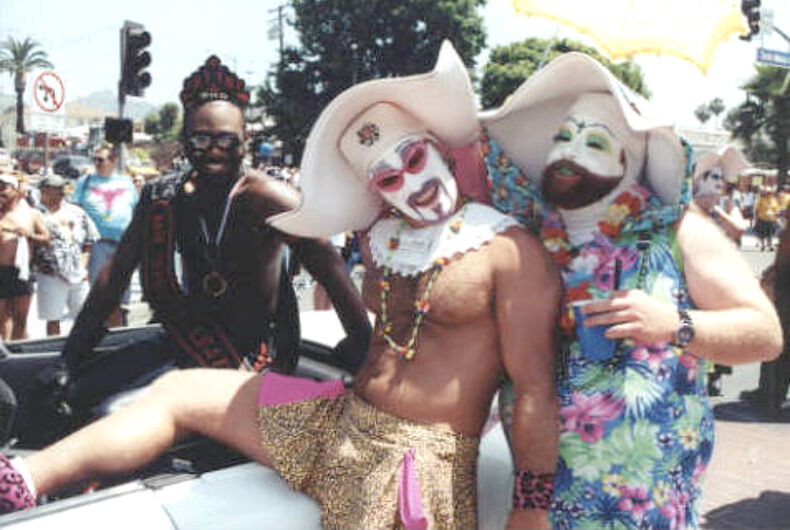 We simply couldn’t have Pride without the Sisters.

The Sisters of Perpetual Indulgence have graced Pride parades and celebrations since their immaculate inception in 1979, in San Francisco’s Castro District. Ever since, sisters across the nation have used their distinctive white-face, white-veil drag and religious imagery to entertain us, to teach us about justice and tolerance, and to fundraise for LGBTQ causes.

San Francisco’s drag history is a rich one, with groups such as the Cockettes and the Angels of Light forming and performing in the late 1960s. The Sisters found their calling in the late 1970s and ’80s, in response to Anita Bryant, Jerry Falwell and the Moral Majority crusading against gay people.

The Sisters trace their history to Easter weekend 1979, when three men dressed as nuns and appeared on Castro Street. In August 1980, when street preachers in the Castro tangled with Sisters, their gay supporters heckled the preachers until they left.

Their membership is open to sexual orientations and genders, and joining an order mirrors the commitment to a religious order. Their autonomous houses, across the United States and nine other countries, have about 600 members.

Their humor and irreverent wit expose the forces of bigotry, complacency and guilt.