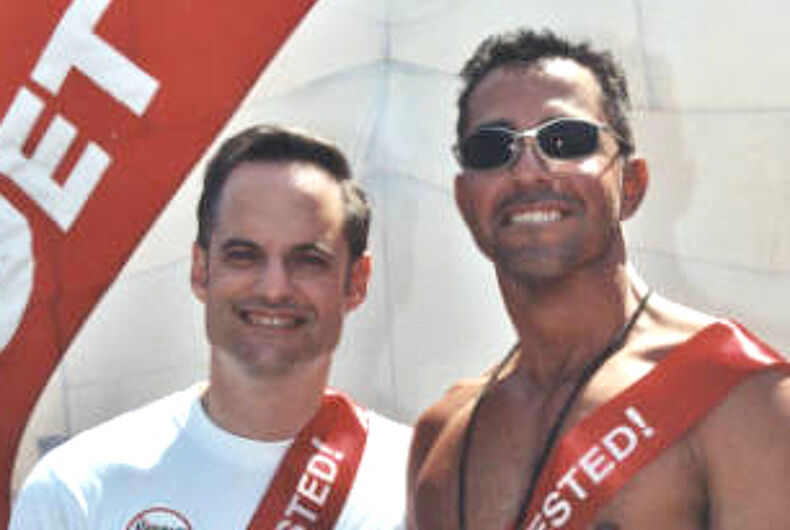 Attend a Pride celebration today, and you’ll see booths of organizations and vendors, all extending a helping hand to LGBTQ people.

Through the years of Pride, one of the fundamental outreach services was HIV education and testing. Promotions like this one, in Los Angeles in 1999, were making a difference the lives of LGBTQ people.

The disease was spreading globally. From 1996 to 1999, HIV infections doubled in more than 27 countries, amfAR, the foundation for AIDS research, reported.

Centers for Disease Control and Prevention statistics to this point were grim. Through December 2000, 774,467 persons had been reported with AIDs. Of those, 448,060 had died.

But while AIDS incidence in the United States increased rapidly throughout the 1980s, it peaked in the early 1990s and then declined, according to the Centers for Disease Control and Prevention.

In 1996, for the first time, sharp declines in U.S. AIDS incidence were observed. During 1998 and 1999 — year of this photo — AIDS incidence in America began to level.

HIV education and testing were paying off, thanks in some part to Pride.