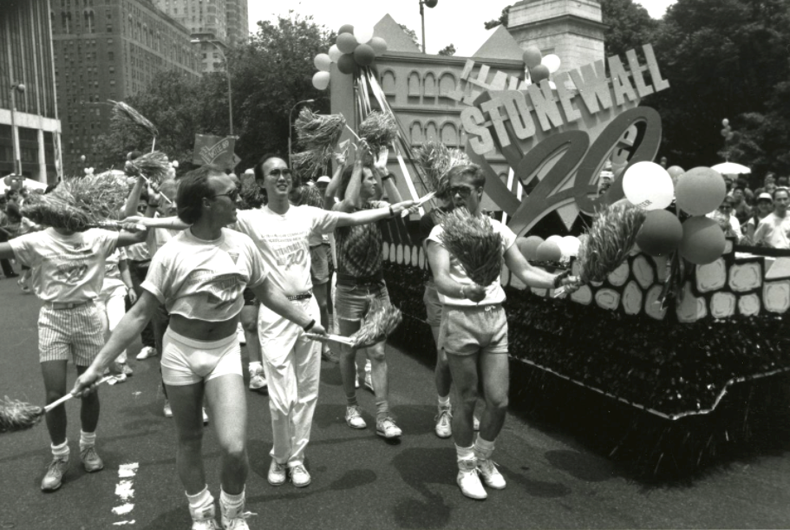 These marchers from 1990 in New York City helped lead the cheers for 20 years of Pride parades in the city.

What started as the Christopher Street Liberation Day, in 1970, one year after the riots at the Stonewall Inn, had grown to hundreds of thousands of marchers, hundreds of entries and even more parade watchers.

Among them was the float for the Gay Men’s Health Crisis. Founded in 1982, after reports of rare cancers in gay men, GMHC has reached thousands of LGBTQ people with services and support, from crisis counseling and legal aid to the human contact that patients so desperately need.

If you’re into people watching 1990 style, check out the YouTube video, by Peggy Sendars and Annie Wollock.