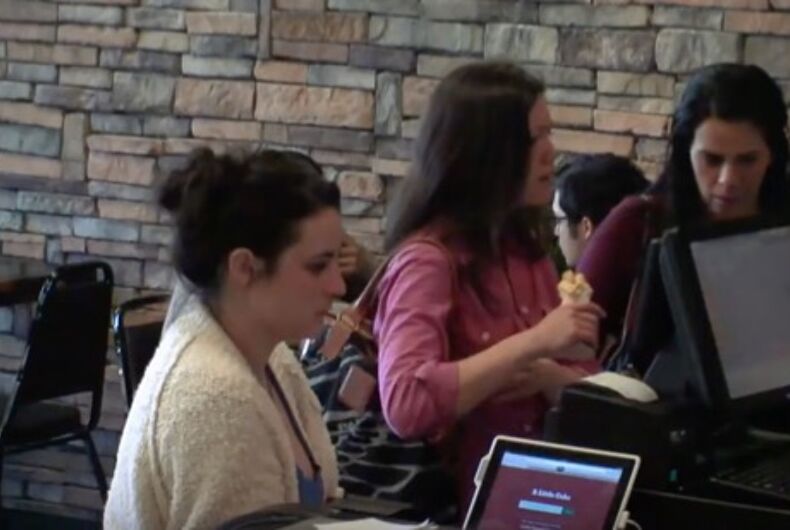 A customer looks on as an actor pretending to be a baker refuses to serve a lesbian couple. The couple were also actors.Photo: Screenshot

When unsuspecting customers walked into a bakery, they had no idea there was a television crew secretly filming them. Shortly after the Supreme Court decision in Masterpiece Cakeshop v. Colorado Civil Rights Commission, the show “What Would You Do?” decided to see what the public thought about the issue.

So they sent in two actors posing as a lesbian couple into the bakery where another actor declined to bake the cake in front of other customers. But what did the other patrons do?

For the most part, they stood by the couple. Customers walked out, gave the baker an earful, and decried his decision to “discriminate” against the actor couple. One African-American man – who opposes same-sex marriage personally – gave a heartfelt opinion on the history of refusing service to a minority group.

But wait until the end for the woman who was pretty sure it was all a set up – and her reason why.

Cynthia Nixon just announced that her son is transgender