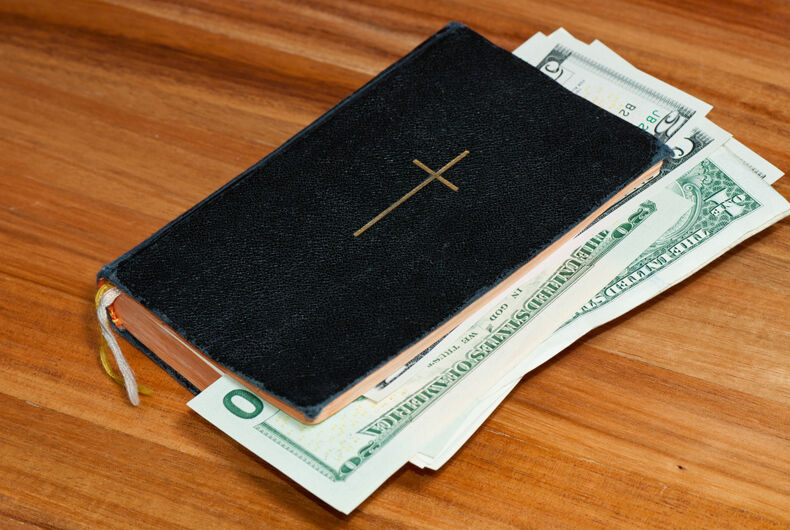 Evangelicals in the US are riding high. They control the dominant political party in the United States, which in turn controls both the legislative and executive branches of the federal government.

The White House, in particular, is more than happy to push their social policies on LGBT issues and women’s health. In turn, white evangelicals are President Trump’s most solid constituency, and their support for him is at an all-time high.

The Supreme Court is favorably disposed towards broadly expanding their ability to do… well… anything they want, while tearing down the wall between church and state. They also control most state governments as well.

You would think Evangelicals would be feeling pretty good about their position right about now. Scratching the surface, however, we see a profoundly fearful group.

Looking at the future of evangelical churches in America through the lens of a business case analysis provides insight into why these fears exist.

Cash on Hand and Current Revenue

First the good news. Current revenues are strong, mostly due to for profit enterprises such as Liberty University and mega-donors like David Green of Hobby Lobby. While the finances of most US churches are fairly opaque, there is enough data available to make some inferences.

Other data shows that people who tithe make up only 10-25% of a normal congregation. The average giving by adults who attend US Protestant churches is about $17 a week. 77% of those who tithe give 11%–20% or more of their income, far more than the baseline of 10%.

This implies that churches are drawing their revenue from a small number of older, financially well-established individuals, particularly due to the fact that millennials have a less than 50-50 chance of being better off financially than their parents, earning 20% less than baby boomers did at the same age.

Additionally, government grants are opening up more widely  to evangelical churches, especially since the Trinity Lutheran Supreme Court case which found that the exclusion of churches from an otherwise neutral and secular aid program violates the First Amendment’s guarantee of free exercise of religion.

This holds true even if these churches would violate local civil rights laws in the process (e.g. a Southern Baptist church in California must be allowed to apply for a grant to build a playground for their daycare center, even if that daycare center refuses to serve LGBT parents).

Finally, President Trump has issued an executive order effectively ending IRS oversight of church activities, including the previous prohibition of direct involvement in political activities on behalf of a candidate.

Evangelical churches are in position to launder money from foreign sources in support of their preferred candidates. Given the level of foreign involvement in the 2016 elections, this looks to be a potentially lucrative short-term revenue source.

Christian colleges are being challenged by LGBTQ students. They go there.