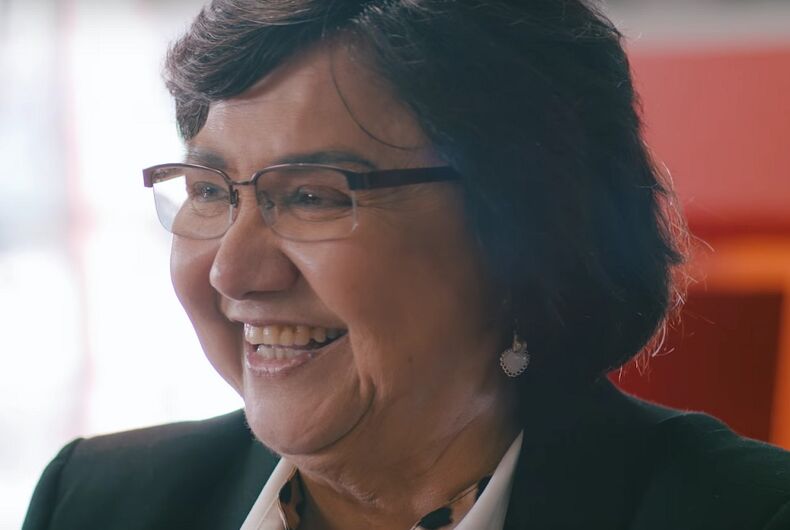 Lupe Valdez, a former sheriff from Dallas, beat a small slate of Democratic candidates to get the party’s nomination for governor. She is the first gay gubernatorial candidate in Texas from a major party.

“Texas is changing,” she said. “Look around you. This is what Texas looks like: like all of us.”

She will face incumbent governor Greg Abbott in the general election in November.

“Tonight Texans made history by making Lupe Valdez the first openly lesbian woman to win the gubernatorial nomination from a major political party – the latest in a series of groundbreaking wins for LGBTQ candidates in the state,” said former Houston mayor Annise Parker, who is currently the CEO of the LGBTQ Victory Fund.

And business owner Lorie Burch received 75% of the vote in the Democratic primary in Texas’s 3rd District, which includes parts of Dallas’s norther suburbs.

These candidates face uphill battles in the general election in the deep red state. Ortiz Jones’s district is perhaps the most purple of them all; in 2016, Republican Will Hurd won the U.S. House race in the 23rd District with 48% of the vote and his Democratic opponent got 47%.