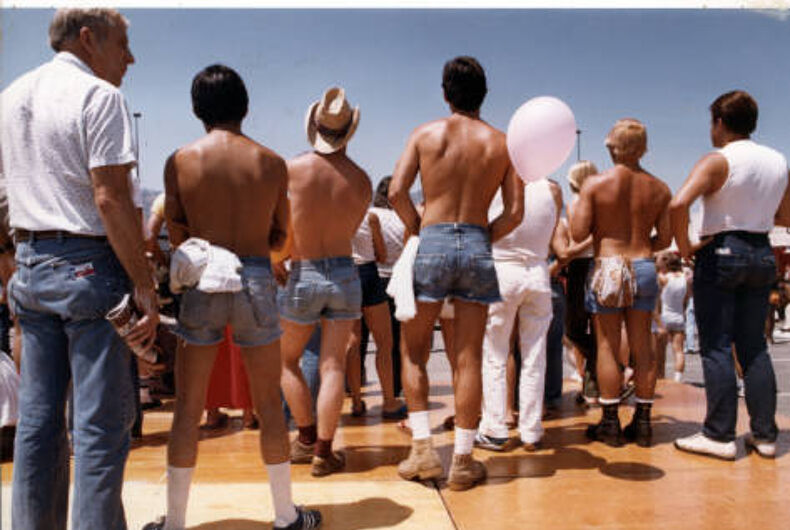 It’s hard to argue with the scenery.

They were part political and part party, and Prides soon became gay destinations — places to watch and places to be seen.

If you admit that sex sells (and it does), then you’re seeing the beginnings of Prides becoming billion-dollar destinations, with millions of people of all sorts traveling to Pride celebrations around the world, which was certainly a boon for local economies as revelers purchased everything from hotel rooms to pride flags.

Thin Lizzy’s 1976 hit “The Boys Are Back in Town” would be an apt soundtrack for these photos from these early 1980s photos from the Los Angeles Christopher Street West celebrations.

Donald Trump made Memorial Day all about him with 1 tweet