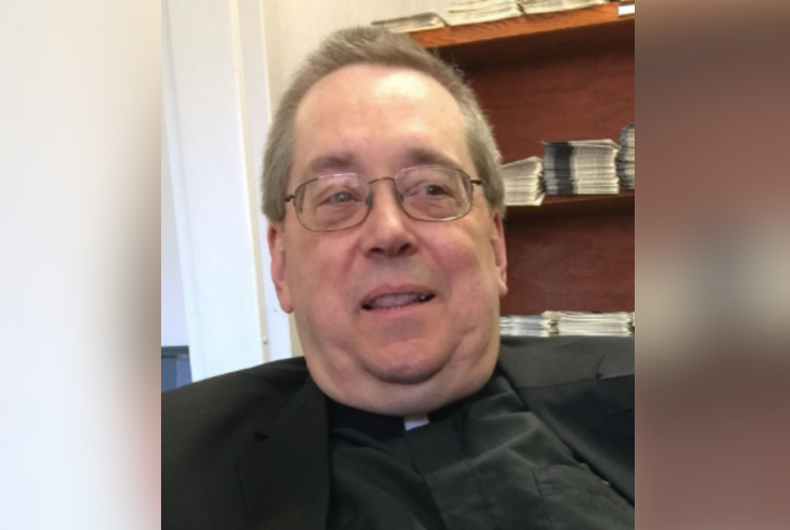 A Catholic priest in the Diocese of Erie in Pennsylvania was arrested earlier this week on charges related to sexual abuse of two underage boys.

David Poulson, 64, is accused of sexually abusing two boys who were 8 and 15 when the abuse started. The grand jury indictment indicates that the abuse went on for several years.

The victim served as an altar boy and Poulson would make him confess about the sexual assaults to him afterwards.

“He made that victim go to confession and confess the abuse – to Poulson. This was the ultimate betrayal and manipulation by Poulson. He used the tools of the priesthood to further his abuse.”

He would also take victims to a remote, off-the-grid cabin he co-owned and watch horror movies with the boys and then abuse them.

The grand jury also found that there may have been other children who were abused by Poulson but the statute of limitations has run out on those cases. Nine other people, who are now adults, have told investigators about being abused by Poulson.

He was arrested Tuesday morning on charges of indecent assault, endangering the welfare of children, and corruption of minors.

Court records indicate that the Diocese of Erie was aware of the allegation against the priest as early as May, 2010. An internal memo mentions multiple complaints made against Poulson and an admission from him that he was “aroused” by boys and sent sexual text messages to them.

Last month, Bishop Lawrence Persico released a list of 51 priests and lay people associated with the Diocese of Erie who have had credible accusations of abuse made against them in the last 74 years. 22 of those people are now deceased.

“I would like to express my sincere sorrow and apologies for the sexual abuse that has occurred within the church, particularly here, within the Diocese of Erie,” he said.

The investigation into Poulson’s abuse started 18 months ago. It was only after a grand jury subpoena that the Diocese of Erie took action against him.

“The time of protecting powerful institutions over vulnerable children is over, and anyone who abuses kids will have to answer to my office,” said Shapiro.