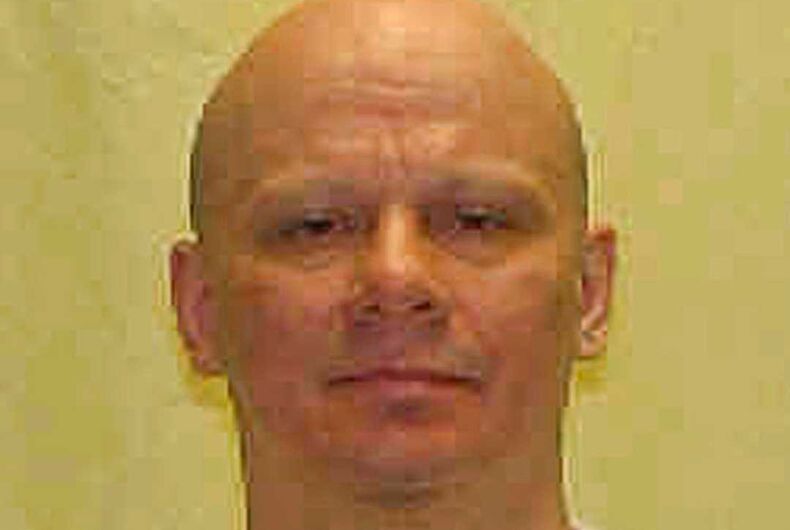 A death row inmate in Ohio is asking for clemency, arguing that he killed his victim out of gay panic.

The “gay panic” defense is used to argue that a defendant was in a state of temporary insanity as a result of sexual advances from someone of the same-sex.

Robert Van Hook, 56, is scheduled to be executed on July 18 of this year for a murder he committed in 1985. His attorneys told the Ohio Parole Board that certain evidence wasn’t included in his original trial but should be looked at now.

They say that he witnessed his mother have sex with men she brought home as early as the age of four. When he was 11, he says his father “started sharing sexual partners” with him.

His lawyers say that he was suffering from undiagnosed post-traumatic stress disorder (PTSD), and that when he went home with the victim, David Self, over 30 years ago, he responded violently to Self’s sexual advances.

“This is a man who had cynically manipulated homosexuals for years,” the Hamilton County prosecutor’s office said in a filing. “He posed as a gay; he frequented bars that were gay and he preyed on vulnerable victims who were gay.”

Van Hook met Self at Cincinnati’s Subway Bar, a gay bar. After several hours they went to the victim’s apartment, where Van Hook strangled him, stabbed him several times in the neck, cut open his abdomen, and stabbed his internal organs, according to court records.

In 2009, Van Hook’s attorneys argued before the Supreme Court that his original lawyers were incompetent for not including evidence about his childhood. The court upheld the death sentence.