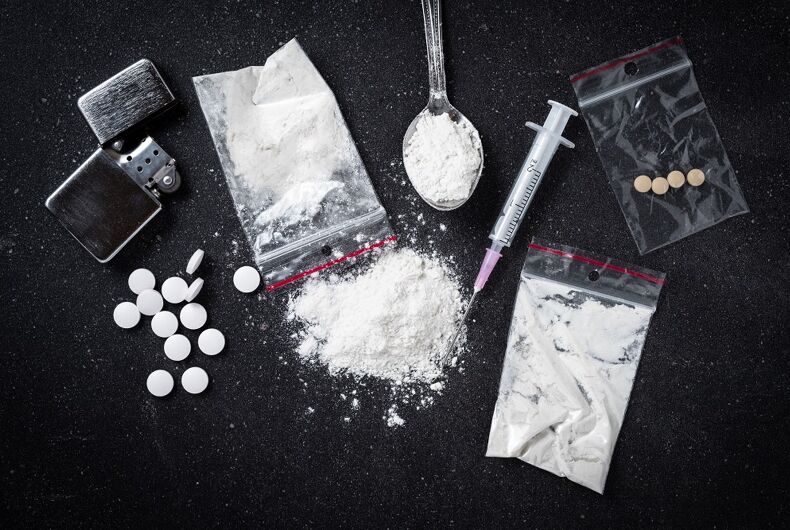 Researchers in London have links a rise in HIV and STDs and the increasing popularity of “chemsex” among men who have sex with men.

“Chemsex,” which is also known as ‘Party and Play,” is a term for sex parties featuring a smorgasbord of drugs including crystallized methamphetamine, mephedrone, γ‐hydroxybutyrate (GHB) or γ‐butyrolactone (GBL), and occasionally ketamine and cocaine.

Participants also use hookup apps to arrange the gatherings, which feature unsafe sexual practices in combination with the drug use.

The researchers found that those who took part in “chemsex” were also more likely to be diagnosed with a new HIV infection, hepatitis C, or sexually transmitted infections (STIs).

“This is the first published study to demonstrate a significant association between chemsex disclosure and new HIV diagnosis and the first UK study correlating HIC acquisition with event level sexualized substance use,” read the paper, published in HIV Medicine.

A report from BBC News delved into the “chemsex” scene as well, also addressing its role in the increase of new HIV cases.

The study, headed by Mark Pakianathan, MBChB, of Wandsworth Integrated Sexual Health at The Courtyard Clinic in London, studied the case records of 1,840 men who went to clinics between 2014 and 2015.

The odds were also higher for rectal, acute bacterial, and other forms of STIs.

Additionally, researchers warned of other concerns, such as overdoses or other effects from chronic abuse.

“Harms from chronic use of methamphetamines are also well described and include adverse impacts on mental health, relationships, housing, employment and finance, and criminal justice consequences,” stated the study.

“There is a need for further research into understanding vulnerabilities that result in chemsex becoming problematic and the full range of consequences that result.”

Even Trump’s most homophobic cabinet secretaries are allowing Pride events. Why?

Donald Trump made Memorial Day all about him with 1 tweet