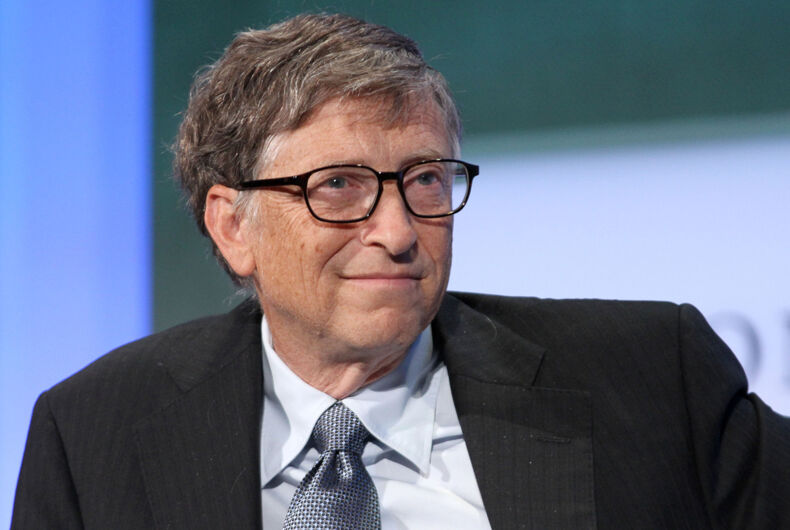 Gates took questions from staff at a recent Bill & Melinda Gates Foundation meeting and video from the Q&A has now been leaked. In it, Gates recalls two meeting with Trump where the president asked him if there was a difference between HIV and HPV.

“In both of those two meetings, he asked me if vaccines weren’t a bad thing because he was considering a commission to look into ill-effects of vaccines and somebody – I think it was Robert Kennedy Jr – was advising him that vaccines were causing bad things. And I said no, that’s a dead end, that would be a bad thing, don’t do that,” Gates says in the recording.

“Both times he wanted to know if there was a difference between HIV and HPV so I was able to explain that those are rarely confused with each other.”

Trump did remember what Gates’ young daughter looks like.

“So when I first talked to him it was actually kind of scary how much he knew about my daughter’s appearance. Melinda [Gates’s wife] didn’t like that too well,” he recalled.

Exclusive footage obtained by All In… Bill Gates dishes on his meetings with Donald Trump. More tonight at 8PM ET. #inners pic.twitter.com/Zoehj1WTfk

The next time you watch TV in Palm Springs, keep this in mind