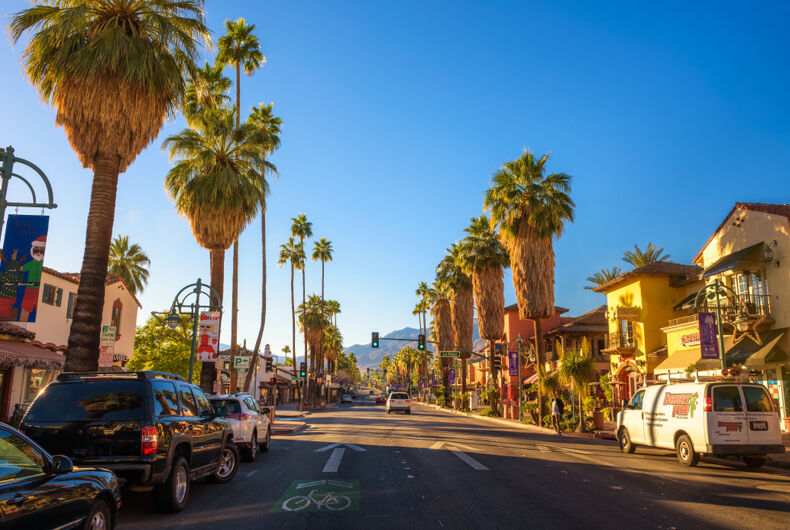 A midwestern newspaper editorialized this week against a possible city ordinance protecting LGBTQ people. No surprise.

On Tuesday, in St. Joseph, a northwest Missouri city of 75,000, the city council took up the possibility of an anti-discrimination ordinance. Brenda Blessing, a newly elected council member who happens to be gay, led the discussion.

Yet in a next-day editorial, the St. Joseph News-Press Gazette criticized the plan: Where’s this coming from? What discrimination? Why more government regulation?

It’s a stance that locals expect from this conservative newspaper, which endorsed Donald Trump for president in 2016.

In no way would you expect that stance, say, in Palm Springs, California.

Why Palm Springs? It’s halfway across the country. It’s an LGBTQ destination, a far cry from the conservative heartland.

But Palm Springs is where NPG Co., owner of the St. Joseph newspaper, also owns a broadcast monopoly.

Do you watch ABC there? Yep, it’s the same owners.

NPG Co., or News-Press & Gazette Co., has its roots in the St. Joseph newspaper. It owns that city’s TV affiliates — plus 45 TV stations and four radio stations across the country and 13 dailies and weeklies in Kansas and Missouri.

On its board are four members of the Bradley family, the long-time newspaper-publishers in St. Joseph.

So NPG cashes in on the gay-friendly Palm Springs market, its viewers and its advertisers. Meanwhile the family’s flagship newspaper back home attacks the local LGBTQ minority.

Indeed, its home city has its challenges. Once an affluent river town on the frontier and launch point of the Pony Express, St. Joseph now has a thriving retail strip wrapped around a crumbling interior with aging infrastructure. Local leaders like Blessing are working to rehabilitate and restore the historic city, where NPG has its headquarters downtown.

“I believe in St. Joseph,” Blessing said, “and I believe that St. Joseph will see that we are going to be progressive, and we need to value all of our people and welcome all of the people coming here.”

But the St. Joseph newspaper disagrees. In its May 16 editorial, “Priorities are misplaced,” the newspaper decried the local proposal.

It blamed the outside influence of PROMO, a state LGBTQ rights group. It said the public was “largely caught off guard” — though it also blamed new city-council member Blessing, who had campaigned for it and laid the groundwork for the council’s discussion.

“Current federal and state laws are more than adequate to police discriminatory practices,” its editorial said. “There is a valid question about whether issues involving lesbian, gay, bisexual and transgender persons merit specific protections under local law.”

Keep that mind the next time you watch the tube in Palm Springs.

Pride in Pictures 1971: The queens ascend to their thrones they still occupy today