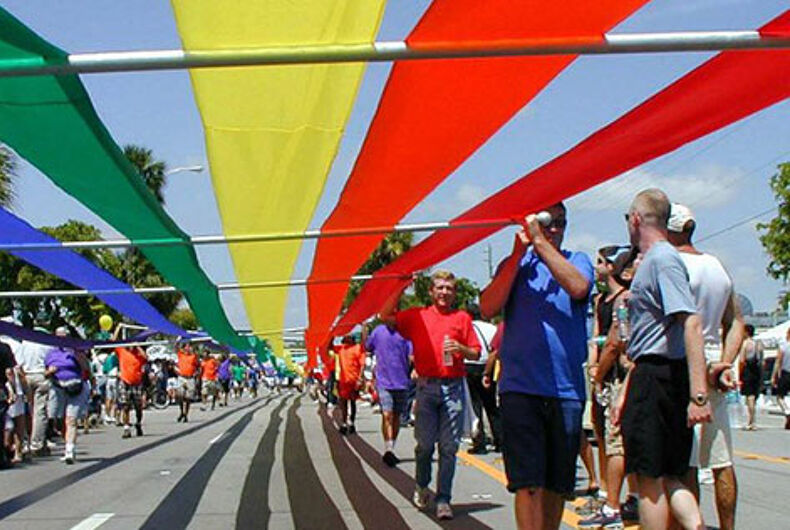 Welcome to the LGBTQ Nation Pride Channel. Through the end of June, we’ll be weighing in on all things pride, from the proliferation of rainbow crosswalks and enormous pride parades worldwide to our community’s international social and political status in a challenging time. Check back regularly for updates.

Pride season is upon us. The annual commemoration of the Stonewall Rebellion, which begat a single pride in New York City in 1969, has morphed over the years into the worldwide rainbow bedazzled street party that it is today with more than 500 celebrations, some of which–New York, San Francisco, Madrid, to name just a few–draw literally millions of revelers, gay straight and everyone along the continuum.

Many might choose to give it a miss, but pride may be more relevant today than it ever has been.

1. Visibility in a challenging political time

It’s safe to say that people know that we’re here, we’re queer, and some have even gotten used to it, but being out and visible never stops being important. With the increasing attacks from religious and secular conservatives at all levels of society, it’s all the more important that we put a face to our community, come out in droves, and push back against those who would rather we spend our lives in the closet.

What’s more, visibility is for all of us, and it’s more important than ever that we should that pride is for everyone. Shine a light on those in the LGBTQ community who may be marginalized in other ways, and bring them out in the light. Let’s show people what diversity and inclusion mean in action.

2. Remembering what Pride is about

Pride is more than just a glitzy party, it’s a day set aside to remember the struggles we faced — and continue to face — to gain our rights. Let’s remind each other and the world of the struggles we still face, especially among the less fortunate. If we’re not out telling our stories, then who will?

3. LGBTQ People are coming out younger than ever

People are coming out younger and younger, and this is a great thing to celebrate during pride but it is also a reminder of how important it is to support our youth at a vulnerable age. As the community grows younger, it’s all the more vital that LGBTQ people of all ages come together and show our youngest member who we are.

Be out at pride, be seen, and be a role model for the next generation. You may have an impact far into our future.

4. Outreach to our allies

As LGBTQ causes have become increasingly mainstream, we’re seeing more and more of our non-LGBTQ allies at pride events, sometimes with little background about what it all means. That makes pride a perfect time to reach out and show just who and what we are. Invite them to join the party with open arms, and send them home with an education they will never forget.

Besides, why let our allies have all the fun?

Pride is more than just an event in big US cities–it is becoming increasingly vital in medium- and small towns as well as globally, where prejudice, discrimination and even violence against us still flourishes. It’s all the more important to foster pride around the globe and reach out beyond the “safer” coastal cities where pride has flourished for decades. Pride needs to grow from the depths of Middle America to the farthest shores worldwide.

Being out, and proud, and visible sends a message of solidarity and builds critical mass worldwide.

So watch for your local pride events, dust off your rainbow gear, and get ready to hit the streets this year.