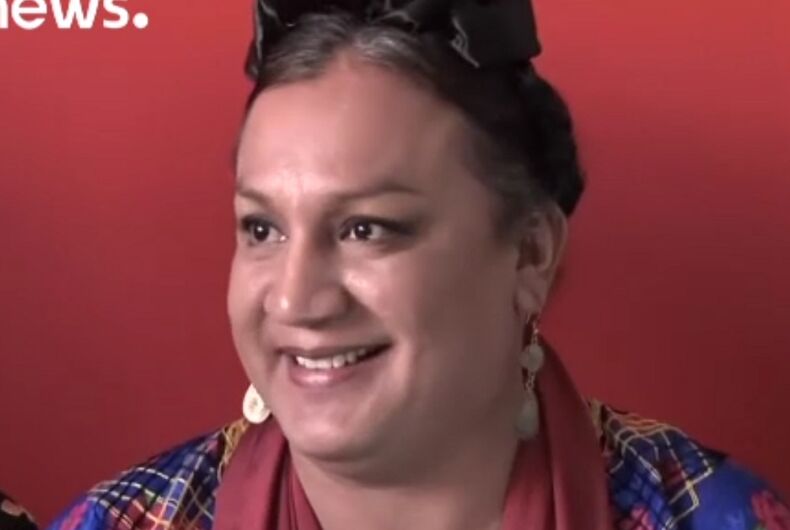 Election authorities in the Mexican state of Oaxaca have disqualified 17 candidates who they believe are cisgender men pretending to be transgender women.

In Oaxaca, political parties are required to nominate an equal number of men and women candidates in order to ensure women’s representation in government.

19 candidates registered by five political parties in Oaxaca were listed as transgender women. The Collective for Women’s Citizenship (CWC), though, reported 17 of those candidates as actually being cisgender men, citing evidence like campaign materials that presented the candidates as men, as well as previous campaigns where some of them ran as men.

Anabel López Sánchez, president of the CWC, said that the parties were blocking women from having access to candidacies that they are legally entitled to, calling the parties “dishonest and fraudulent.”

“The vast majority are married men with families who can’t be identified as transsexuals either due to their physical appearance or other characteristics,” said electoral councilor Michell Altamirano Pacheco, who is transgender.

“In none of the reviewed cases did any of them self-identify publicly as women. They didn’t even say, ‘We’re gay,'” said muxe activist Amaranta Gómez.

(In the Zapotec cultures of Oaxaca, muxes are people assigned male at birth who present as women and are sometimes seen as a third gender.)

“They are trampling on the LGBT flag,” said another muxe person at a press conference. “It’s an attack on both the muxe community and on women because this space belongs to us, it doesn’t belong to men.”

In the U.S., conservatives sometimes scare-monger transgender equality with the idea that men will pretend to be transgender women to take advantage of programs designed for women.

In reality, cisgender men taking space reserved for women is part of a larger problem of men not taking women’s equality seriously, a problem that hurts both cis and trans women.

A better understanding of transgender people – self-identification of one’s gender identity is more than writing something on a form that no one will see but an important part of how someone lives their life in public – prevents that sort of abuse rather than advance it.

The State Electoral Institute unanimously voted to disqualify the 17 candidates as a “precautionary measure.” The parties will be allowed to make adjustments to their nominations to stay in compliance with the gender equality law.

Election authorities are expected to impose sanctions on the parties for fraud.