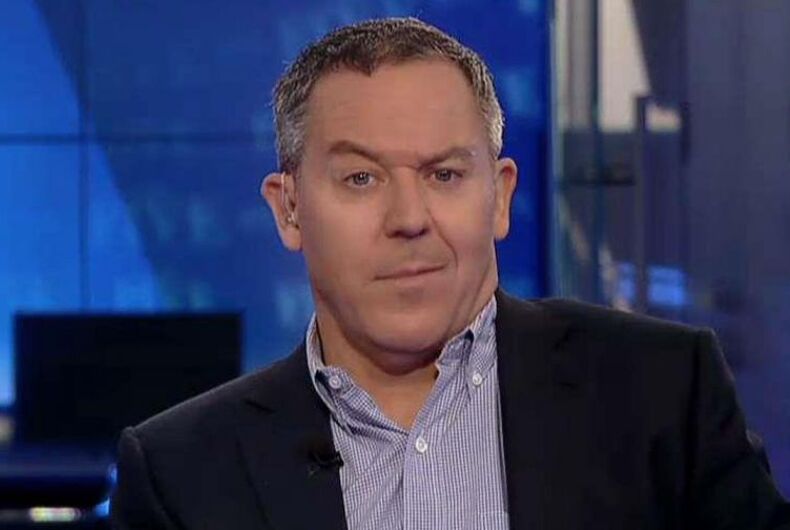 Michelle Wolf’s routine at the White House Correspondents’ Dinner last Saturday set off a flurry of navel-gazing among journalists and the predictable backlash among conservative critics.

Wolf’s attacks on President Trump and his in-person proxy Sarah Huckabee Sanders certainly played into the right-wing belief that the mainstream media is reflexively anti-Trump.

Of course, that’s what the president himself has been saying, so it’s not surprising that he quickly joined the attack, calling Wolf’s shtick “filthy” and suggesting that the White House Correspondents’ Association either kill the dinner or “start over.”

Trump being Trump, he even seemed to offer up his own suggestion for a future host: Greg Gutfeld, who hosts a satirical program on Fox News.

Gutfeld is about what you’d expect from a Fox News regular, with a few twists. He got a lot of mileage in 2010 out of his quest to open an Islam-friendly gay bar next to Ground Zero as a thumb in the eye to a mosque seeking to build there. This prompted an round of allegedly hilarity about the potential name for the bar, with Gutfeld conferring with such noted gay rights supporters as Glenn Beck, to come up with names that were offensive to both Muslims and gay people.

In many ways, Gutfeld is a standard issue Fox News personality. He’s complained that the Democratic party has “their plantation of where gays should be.” (Nice touch, that, to bring in a racial overtone.) He condemned the suspension of Duck Dynasty star Phil Robertson as “cowardly.”

Interestingly, the one place that Gutfeld deviates from the standard line is marriage equality. He has argued that same-sex marriage is “a conservative idea.”

Of course, he’s also tweeted that  “I’m not voting until ferrets can marry slow lorises in tasteful weddings,” which certainly sounds like a dig at same-sex unions.

Indeed, Gutfeld’s critics say he relies heavily on dog whistles that only his followers hear.

When President Obama endorsed marriage equality, Gutfeld said that Obama was “finally out of the closet.” David Frum, a former speechwriter for President George W. Bush, wrote that the comment depended heavily on the unwavering belief of Gutfeld’s audience “that Obama is in fact gay, that his marriage is a sham, and that Mrs. Obama leads a life of Marie Antoinette like extravagance to compensate her for her husband’s neglect while he disports himself with his personal aides.”

Of course, that’s exactly the kind of submessage that Fox News thrives upon. Still, whether it’s his demeanor or his stands, Roger Ailes had his doubts about Gutfeld. Ailes, who controlled Fox News until he was ousted over multiple allegations of sexual harassment, reportedly asked if Gutfeld is gay. (For the record, he’s married to a woman.)

It’s unlikely that Gutfeld will ever host the White House Correspondents’ Dinner. Even before Wolf’s performance, the dinner had lost a lot of luster. Plus there’s a downside for making too much fun of a public figure at the dinner.

Donald Trump was reportedly so infuriated at the mocking he received at the event in 2011 that it spurred his presidential ambitions. If that’s not cause for canceling the dinner, nothing is.

Can you guess what type of person most Republicans don’t want to see as president?