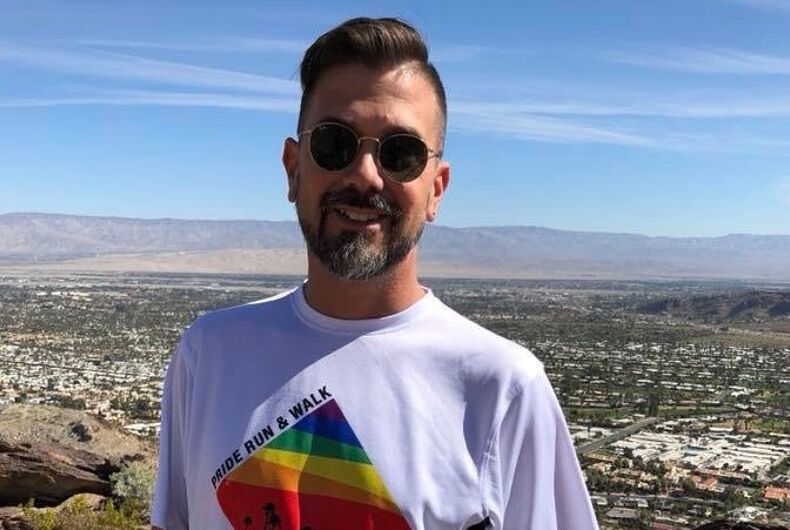 Michael Hill was a visual arts teacher at Nemaha Valley High School in Seneca, Kansas. Now he’s been forced to flee for his life after an anonymous parent repeatedly threatened to kill him.

“Homosexuals should not be teaching our kids,” the first letter begins. “In fact, I don’t believe they should be teachers at all they are perverts and predators.”

“You need to be fired and you can take your gay ideas with you. Fags are not welcome in our schools.”

In a Facebook post, Hill shared copies of letters he had received while teaching at the school. Although he reported the threats to the police and school system, authorities were unable to find the person responsible.

And the letters continued to arrive with regularity over the coming months. His car tire was punctured with a screwdriver. “Faggot” was written on his car.

Hill says the school system was supportive at first, allowing him to take some time off for the mental stress of dealing with nonstop harassment. After seven weeks of unpaid leave, however, the school told him he had to make a decision: return to work or resign his position.

Hill resigned and decided to move to Palm Springs.

“It’s a good place for me to be right now, at this point in my life,” he told the Topeka-Capitol Journal.

It definitely sounds better than the small town in Kansas where police can’t solve a simple crime and the school system can’t assist despite the parent’s statement that they wrote administrators to demand his termination.

It’s not the first time the town has made the news for threatening the lives of gay men. In 2012, Pastor Curtis Knapp, of the New Hope Baptist Church, said in his Sunday sermon that the government should put gays to death. He refused to apologize, saying he was “just quoting scripture.”

Maybe Knapp would be a good suspect to investigate.

Street preachers asked to pray for this ‘broken’ woman. She took them to church instead.

Can Mike Pence save the GOP’s bacon in the midterms?