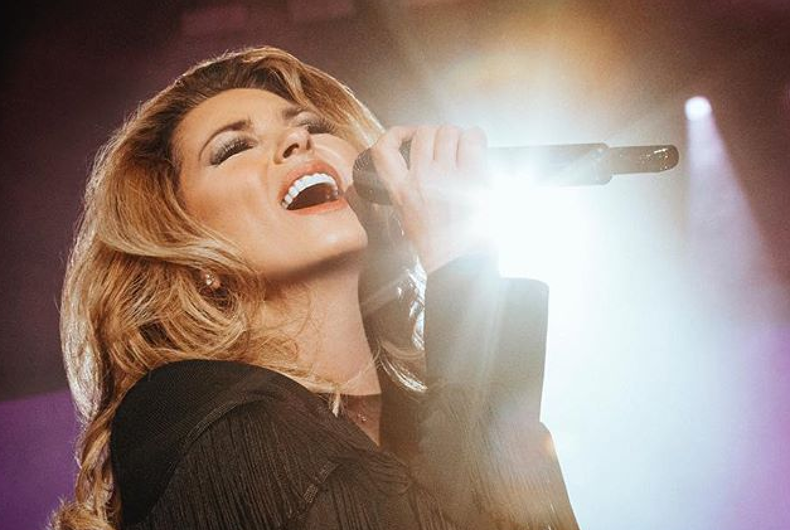 In a recent interview with the Guardian, country music star Shania Twain said that she’s a fan of Donald Trump.

When asked who she would have voted for in the 2016 presidential election (Twain is Canadian), she said, “I would have voted for him because, even though he was offensive, he seemed honest. Do you want straight or polite? Not that you shouldn’t be able to have both. If I were voting, I just don’t want bullshit. I would have voted for a feeling that it was transparent. And politics has a reputation of not being that, right?”

Shania Twain would vote Trump. That don’t impress me much…

Trump lies all the time, far more than most politicians. His lying is so extreme that it’s a subject of social science research, and even the centrist Brookings Institute warned that Trump’s lying would “corrode democracy.”

Of course, what people mean when they say that Trump is “honest” isn’t that he tells the truth. They mean that he’s openly racist and sexist.

The negative reaction to her words lead to an apology on Twitter.

I would like to apologise to anybody I have offended in a recent interview with the Guardian relating to the American President. The question caught me off guard. As a Canadian, I regret answering this unexpected question without giving my response more context (1/4)

I am passionately against discrimination of any kind and hope it’s clear from the choices I have made, and the people I stand with, that I do not hold any common moral beliefs with the current President (2/4)

I was trying to explain, in response to a question about the election, that my limited understanding was that the President talked to a portion of America like an accessible person they could relate to, as he was NOT a politician (3/4)

My answer was awkward, but certainly should not be taken as representative of my values nor does it mean I endorse him. I make music to bring people together. My path will always be one of inclusivity, as my history shows. (4/4)

It’s possible that she doesn’t understand the complexities of the election because she isn’t American. Most American singers probably couldn’t say anything – let alone the right thing – about a Canadian election.

On the other hand, the whole world was talking about that election, and she learned enough about it to give the “he’s just honest” line that his supporters are so fond of.