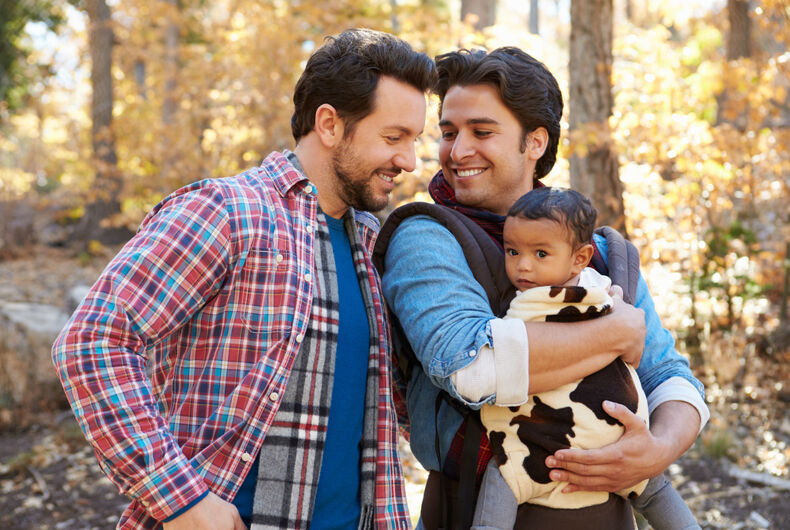 Christian conservatives have been clamoring for “religious freedom” laws meant to give them a license to discriminate against LGBTQ people recently. Republican politicians, always willing to appease the religious right in exchange for their political loyalty, have been happy to appease their base.

This time, GOP lawmakers have introduced federal legislation in both the House and Senate that would allow adoption and child welfare agencies to discriminate against gay and lesbian couples. The organization could simply cite their “religious beliefs or moral convictions” regardless of the best interests of the child.

The Child Welfare Provider Inclusion Act is far more insidious than allowing groups to discriminate against LGBTQ couples, however. It would withhold 15% of the federal funds a state receives to administer child welfare programs if it tries to enforce local nondiscrimination laws preventing anti-LGBTQ discrimination.

Family Research Council president Tony Perkins loves the idea, of course. The religious right organization has deep ties to the current administration has been designated an anti-LGBT hate group.

“If federal lawmakers want to show they care about children and families, there’s perhaps no better opportunity in the near term,” Perkins crows, “than by passing the Child Welfare Provider Inclusion Act.”

Perkins claims Christian adoption agencies are “facing threats to their existence” by state or local laws that require them to serve everyone and consider the child’s best interest. He goes on to cite examples of cities and states where agencies closed rather than treat would-be gay and lesbian parents with respect.

None of them were “forced out,” as Perkins claims. They all voluntarily shut down and abandon at-risk children rather than comply with nondiscrimination laws.

More than 104,000 youth living in the foster system today are eligible for adoption.

Shania Twain briefly came out as a Trump supporter. Now she ‘regrets’ it.