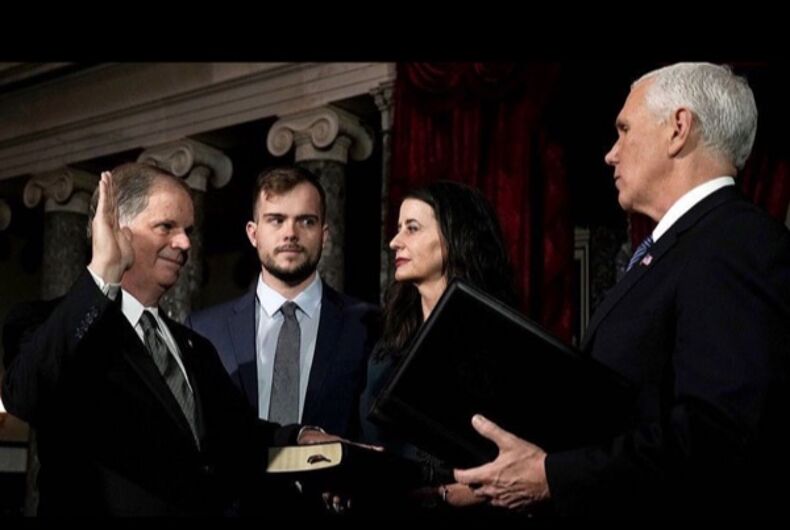 “Every single American should be free from discrimination based on who they are or whom they love, no matter where they live,” said Senator Doug Jones. “I’m proud to be a co-sponsor of the Equality Act and to continue moving conversations forward about LGBTQ equality.”

We’ve known for a long time that knowing someone gay makes people more likely to support equality. It’s great to see that play out even in the families of our elected officials.

I went on Fox News to discuss Christian privilege. Then the hate rolled in.

Meet the man who is set to replace Paul Ryan. He’s even worse.