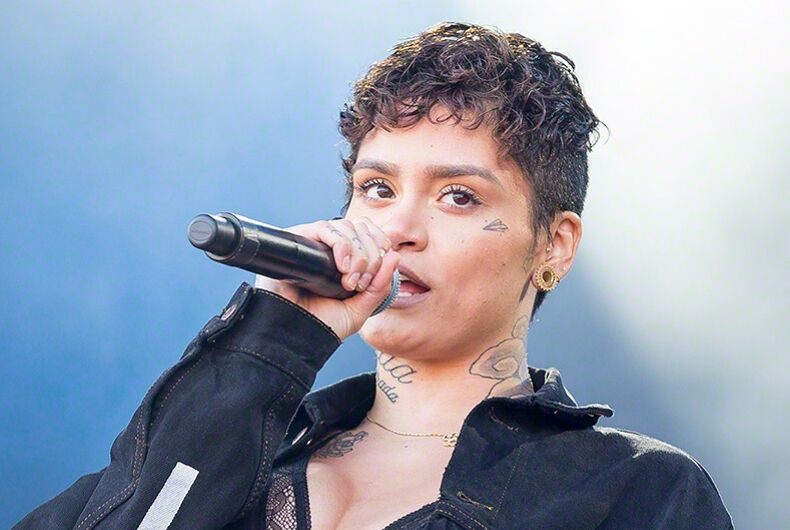 Kehlani at the minor stage during Stavernfestivalen in Stavern on July 9, 2016.Photo: Wikipedia

The singer Kehlani came out as queer on Twitter yesterday.

In a tweet that has since been deleted, the sweet, sexy, savage artist said that she wants to be clear about her identity since people keep asking.

Someone asked why she uses the word “queer,” and she explained:

“if ur attracted to a man and then change your energy up when you find out he’s sexually ambiguous or queer , thass gross. you bout to miss out on some fye shit,” she wrote in another tweet.

Later, she explained why she deleted her original tweet: someone criticized how she described gender.

Earlier this month, Kehlani and Demi Lovato kissed during a performance.

Her 2017 album SweetSexySavage went to #3 on the Billboard 200. Earlier this month, Kehlani performed at Coachella.

Is Trump a liability or a leg up in Republican strongholds? Ask Mitt Romney.