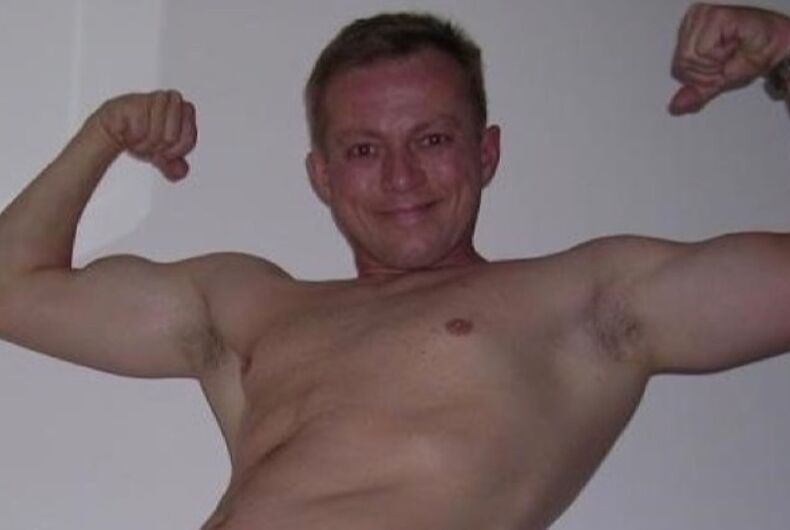 Eric Schmidt is not your usual political candidate. He’s running for West Hollywood City Council and promised a “transparent” campaign that’s definitely living up to its promise – maybe too much.

Schmidt has a profile on the adult site DudesNude and has given the media and general public the URL so they can learn more about him than they likely want to know. The page hosts 23 photos of Schmidt and six videos of him having sex with other men; he is nude in most of the photos and some of them include other men.

“I am 100% transparent,” Schmidt told WEHOville. “I have nothing but good intentions and I am not running against anyone, just their seats. I have nothing negative to say about the others and never will.”

“I do not think it will hurt my campaign anymore than it would a candidate’s stamp collecting hobby. My hobbies do not affect any other part of my life. Being a performance exhibitionist is one of my hobbies.”

“Plus it shows that I believe in transparency and I’m not afraid to express myself.”

Schmidt’s describes himself as a “sexhibitionist” in his incredibly long profile. He lists his experience as a volunteer “to help disabled people (including emotionally disabled) deal with employers, landlords and lawyers.” He also volunteers with animal rights groups.

“I am about as normal and average as they get,” he adds.