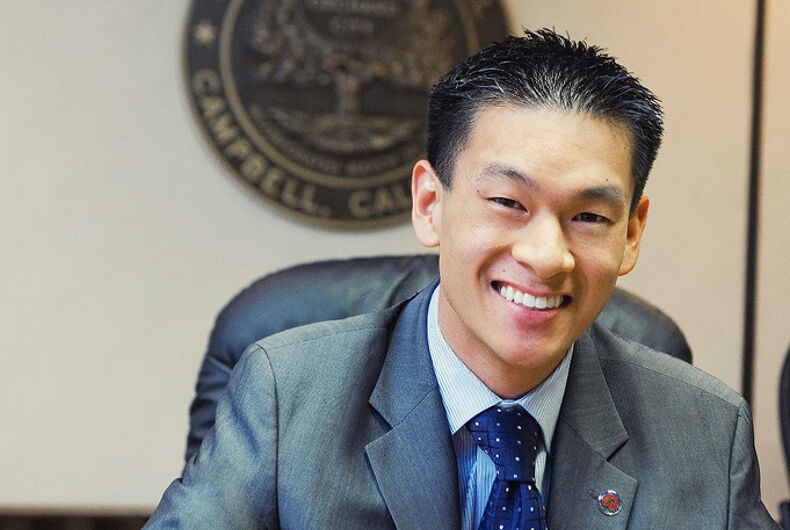 Bills to limit the practice of conversion therapy have moved forward in both California’s and New Hampshire’s legislatures.

In California, the state assembly passed a bill that would add “sexual orientation change efforts” to the state’s list of fraudulent goods and services in its consumer protection law.

The push for the bill was led by Assemblyman Evan Low (D), who is gay.

“This notion that we would accept as a legal practice that conversion therapy works is antithetical to my very existence in this body,” Low said.

Conservatives said that the bill would ban books and end religious freedom, even though it is focused on commercial practices and advertising.

“It could be a violation if a pastor encourages a congregant to visit the church bookstore to purchase books that help people address sexual issues, perhaps including the Bible itself, which teaches about the importance of sexual purity within the confines of marriage between a man and woman,” said Matt Sharp of the Alliance Defending Freedom.

But proponents said that it has nothing to do with books or speech – it just bans people from selling a specific service.

“You can still try to pray the gay away if you’d like, but it hasn’t proved to be effective,” said Assemblywoman Susan Talamantes Eggman (D). “To advertise that you can change someone’s orientation is simply that — fraudulent.”

In New Hampshire, a bill to ban conversion therapy for minors passed the state senate in a 14-10 vote.

Republicans added an amendment that exempted “talk therapy or religious counseling that provides acceptance, support, and understanding” from the bill. “Talk therapy” has been a common rightwing talking point against conversion therapy bans – conservatives can say they oppose the more absurd forms of conversion therapy while still clinging to the idea that a therapist can make someone straight or cisgender.

“What we’re trying to prevent is when an individual or counselor would really push somebody against their will by imposing a viewpoint,” said Senate Majority Leader Jeb Bradley (R).

What the line is between “talk therapy” for “acceptance, support, and understanding” and therapy that attempts to change someone’s sexual orientation will have to be determined by the courts.

One Republican had an innovative criticism of the bill.

“I don’t see anything in this bill that prohibits encouraging a conversion to a confused child toward lesbian, gay, LGBT lifestyle,” said Senator Bob Giuda (R). “This is all one-sided.”

Perhaps because there are no parents sending their straight kids to therapists to turn them gay?

The state house has already passed a slightly different version of the bill. After reconciliation, the bill will be sent to the governor, who is expected to sign it.

In Colorado, a conversion therapy ban that passed the state house was sent to a committee in the senate that insiders call the “kill committee.” The bill is effectively dead in that state.

420: Ellen is ‘celebrating’ the stoner’s high holiday like only she would

Trump elevates another unqualified homophobe to run a federal agency